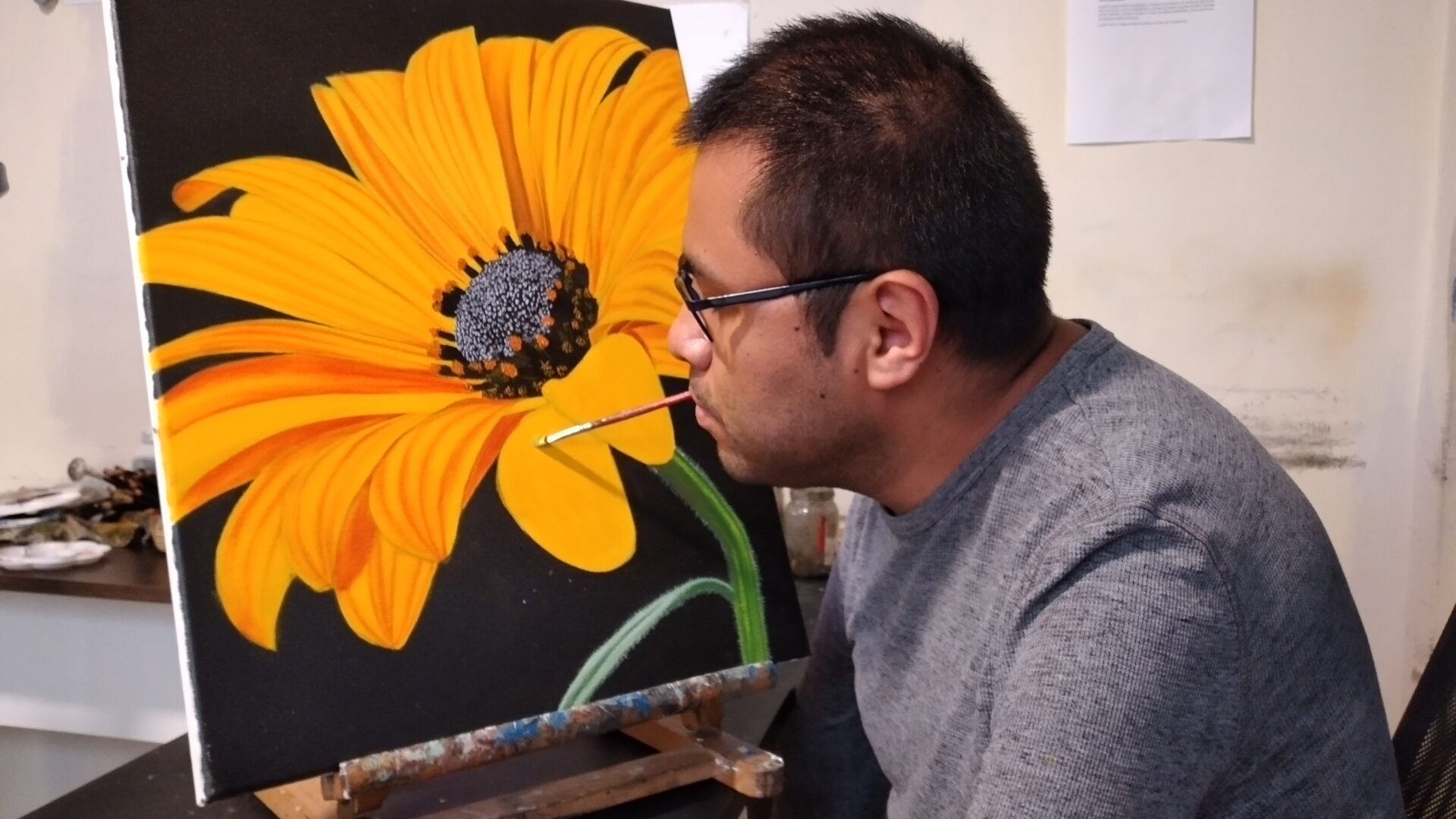 Mr Santiago Andrés Guillermo Llivisaca was born on 22 November 1984 as the youngest of eight brothers. He was born with the rare condition known as arthrogryposis, which affects one in 3,000 children. When he was five he managed to walk, and underwent several operations on his feet. At the age of 5 he won his first painting competition, which was organised by the Centro San Juan Jerusalen, where he received his physiotherapy.
Due to his disability, he completed his secondary education at a distance learning school, and he received no higher education due to a lack of economic resources.