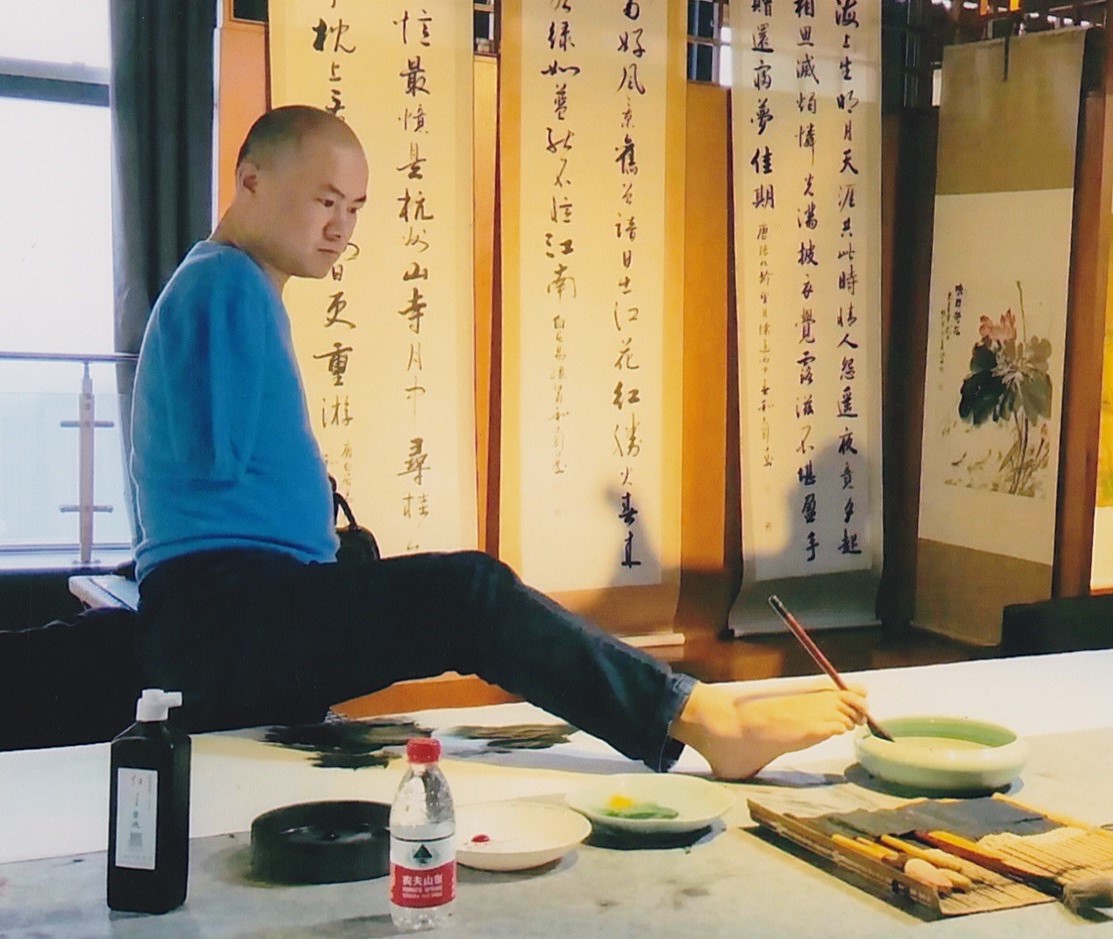 Xiao Feng Gui was born on 17 February 1975 in the village of Qianjin of the city of Huzhou in the province of Zhejiang. While still a child he lost both arms due to an electric shock. Later he learned to do calligraphy, painting and stamp carving with his mouth and feet. In 1995 he completed his studies in fine arts at the Xiwang correspondence college in Hainan. In 1997 Xiao Feng Gui had a successful individual exhibition of his calligraphies and paintings. In numerous exhibitions he received first, second and third prizes. He was taught by teachers from the Chinese Academy of Arts. In the year 2000 he participated in the third Xihu (West lake) art fair, where he was given special mention as the "Star of the West Lake Fair ". In the same year he was invited to Japan to the international calligraphy and cultural festival of Huzhou. His works are collected by famous personalities from China and abroad. He is a member of the Chinese Association of Disabled Artists and the Association of Artists of the city of Huzhou. His progressive, tireless endeavour to turn his life into something was already the subject of many awards, reports by the Chinese state television, regional TV stations as well as Chinese and foreign newspapers, magazines and news media.