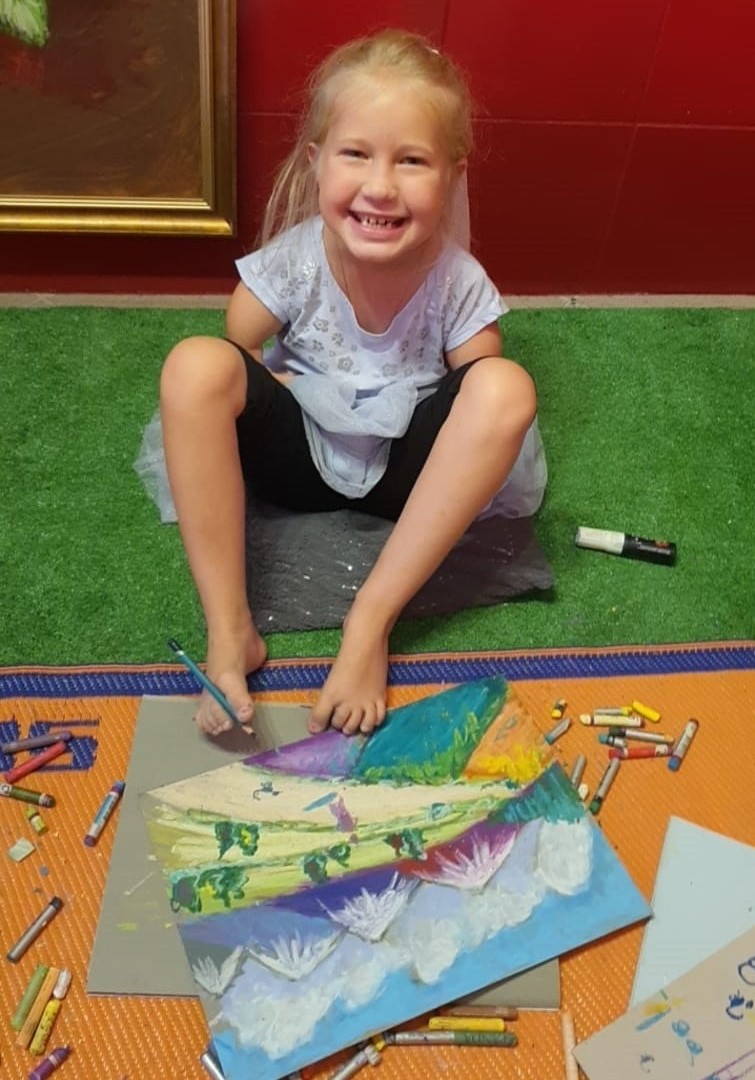 Martyna Gruca was born on 13 December 2010 in Nowy S?cz with congenital hypoplasia of her upper limbs (Okihiro syndrome). She lives in a small town in K?clowa, and she is a pupil in the second class of a primary school.
Despite her disability she is open to the world and to people.
A breakthrough came for the child when she met a person without hands - Mr Stanislaw Kmiecik. Martyna, who was 4 years old at the time, was fascinated by the way in which he created his works.
Since then she has been interested in painting and surprises the people around her every day with her skills. Thanks to her exceptional talent for her age, her own unlimited determination, and the activity and support of her family, she takes an active part in various competitions both in and outside Poland. Many of her actions are influenced by Mr Stanislaw Kmiecik, who for support and out of a mutual liking invites Martyna to actively participate in his exhibitions and painting demonstrations.
The most important event in the child's life was handing the rosary made of bread dough to Pope Francis during the World Youth Day in Poland in 2016.
She is looking to the future with great happiness and enthusiasm.