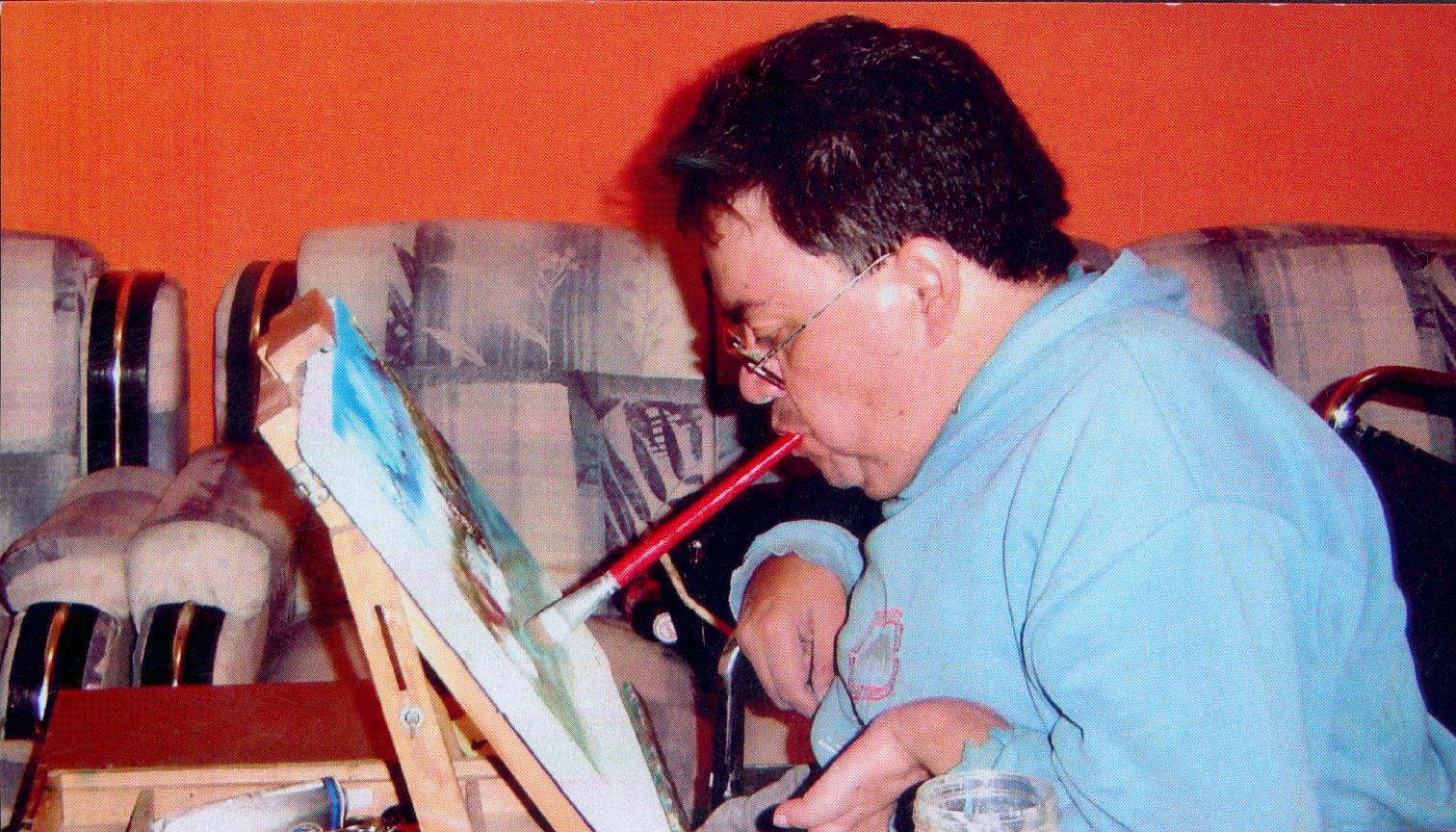 Mr Salvador Gonzalez Hernandez was born on 22 August 1966 in Mexico City. When he was only nine months old he fell ill with poliomyelitis and as a consequence suffered severe atrophy of the extremities and trunk. He lost the use of his hands. All in all Mr Gonzalez Hernandez underwent surgery 64 times. His journey into the world of painting and drawing started when he was eight years old. As he was unable to walk he passed the time by drawing simple objects. At secondary technical school he learned various painting techniques such as oil on canvas, Indian ink and watercolours. His favourite themes are flowers and landscapes. Mr Gonzalez Hernandez only came to know painting professionally after he met José Erick Calvillo Borja (student member of the Association).