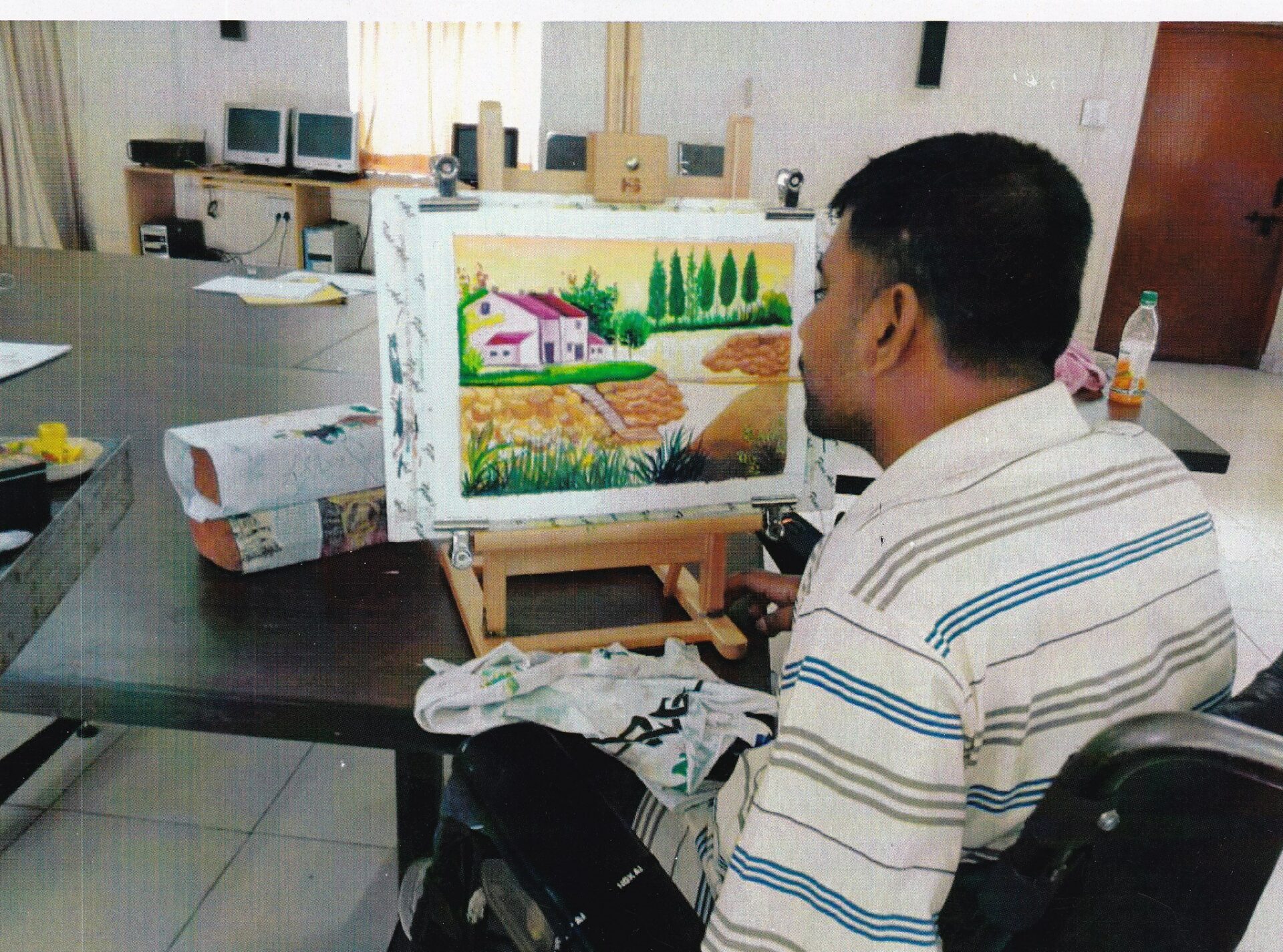 Mridul Ghosh was born in Gruah, India, on 4 June 1988. Mridul lives together with his mother, brother and sister. His father died last year and left all the responsibility for the family on his shoulders. Mridul was in the Indian air force. Whilst on active service in 2010, he was involved in an accident in which he injured his C5 and C6 vertebrae. After three years of treatment he was discharged from the service in 2013. He now leads his life confined to a wheelchair with four paralysed limbs. Mridul currently lives at the Paraplegic Rehabilitation Centre in Pune. He felt his passion for painting early on in his life but could not live out his dream because there was nobody to teach and guide him. He is now trying to live out his passion during this new stage in his life. Painting has given his life a new perspective: he sees the world through the various colours of his paintbrush.