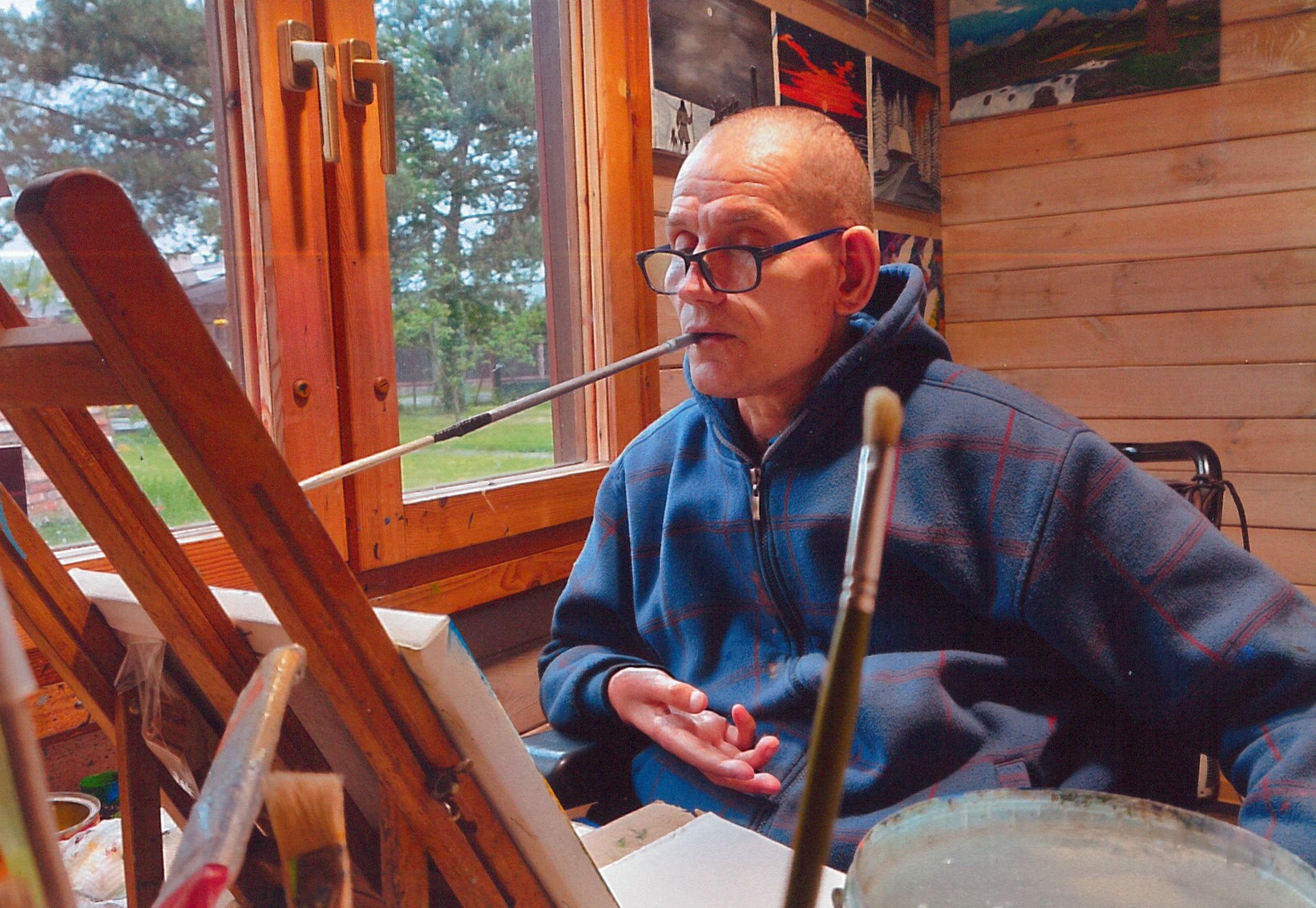 Grzegorz Gawryszewski was born in Warsaw on 9 May 1963. There, he finished primary school and went to a vocational college to train to be a "Machine and Equipment Mechanic". As a child, he trained to canoe, speed skate and race bikes. On 12 March 1981, he had an accident during one of his daily training sessions. Grzegor Gawryszewski broke his cervical spine, and became a tetraplegic. Now tied to a wheelchair, he received support from his family. His desire grew to achieve something on his own, and to do something “with his own hands”. This is what gave him the idea to start painting. He began with the most basic of means using a sheet of paper and a pencil attached to a rod. In May 2019, Grzegorz Gawryszewski started painting with watercolours, and later on supplemented this with oil colours. Along with painting, he is also interested in chess and aviation.