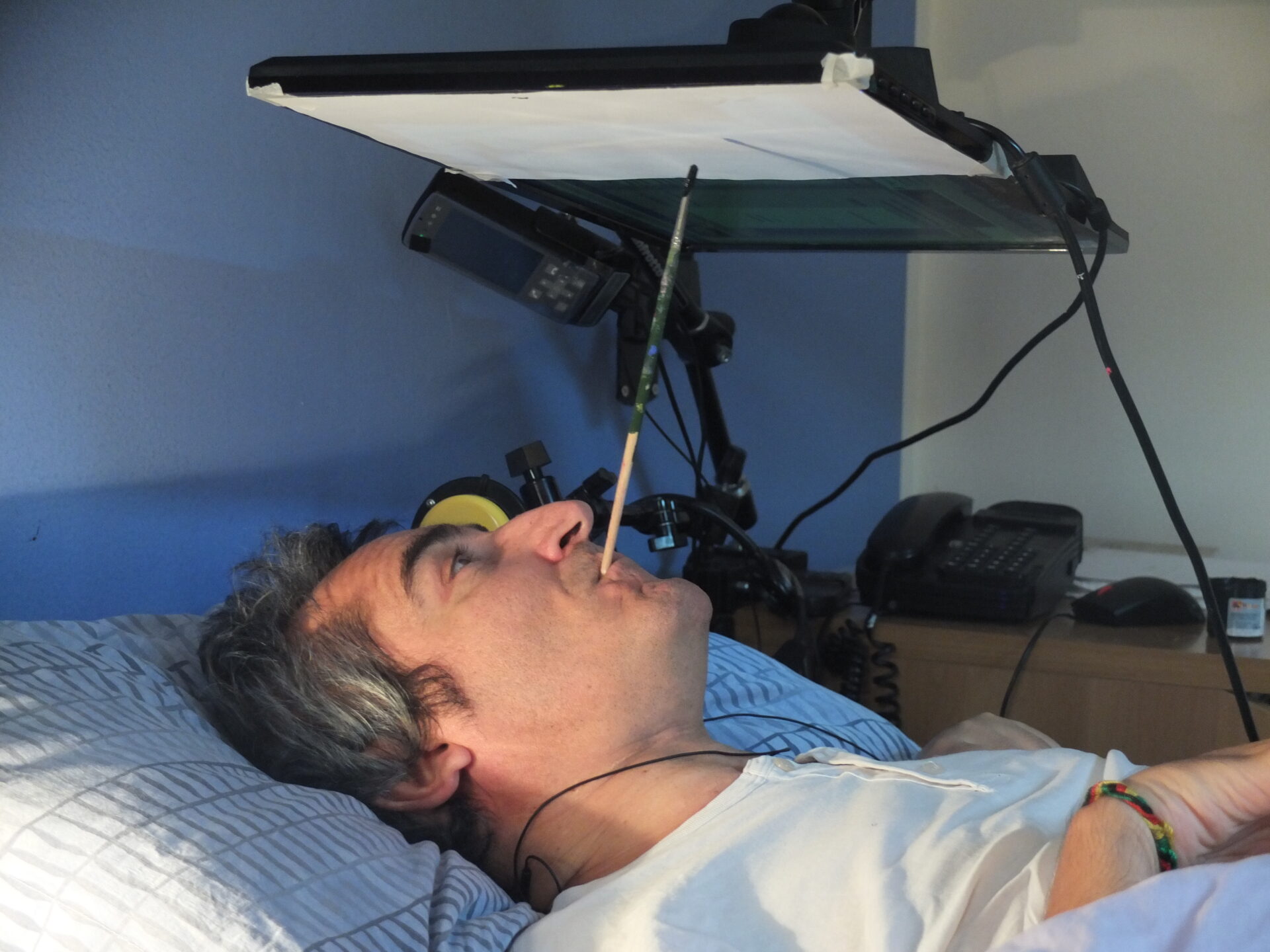 Federico Gattolin was born in Saint-Étienne (France) on 30 October 1966. He attended primary and vocational school. When, at the age of 17, he was involved in a car accident he sustained an injury to his spinal cord around the C4-C5 area (post traumatic quadriplegia) and since then can no longer use his upper or lower extremities. His passion for drawing already started when he was a young child. He drew comics and tended to use a single colour - either black or blue. An occupational therapist encouraged him to have a go at mouth painting when he was in hospital after his accident. First, he showed no interest, but he has painted regularly since spring 2014 after teaching himself to paint with his mouth.