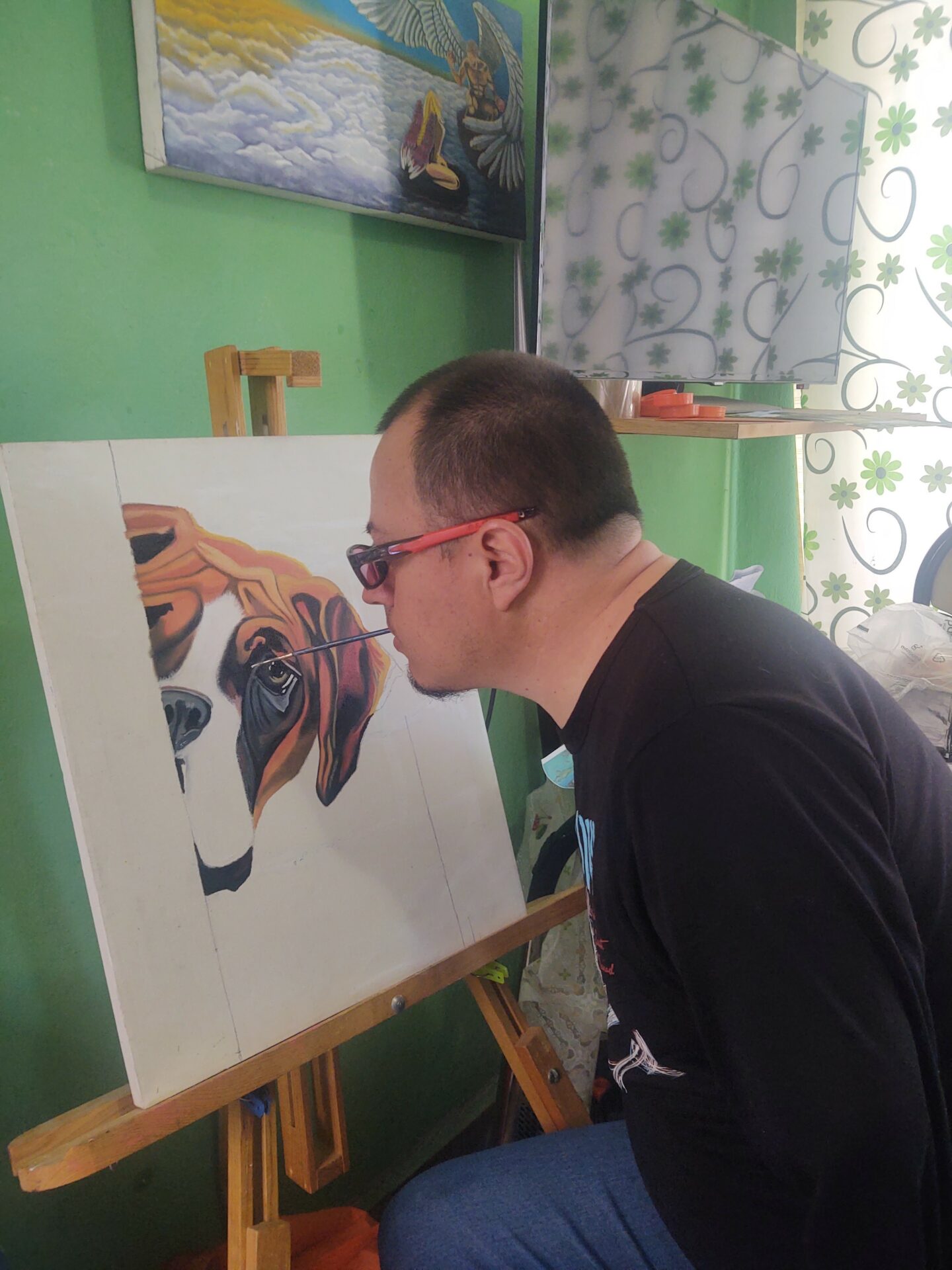 Jesús Garcia Zapata was born in Mexico City on 25 December 1975.
At the age of 15, he suffered a serious accident when he touched a high-voltage cable with some piping. Due to the severe burns, the doctors had to amputate both his arms and toes. He then spent a year in rehab. After rehab, he studied computer science and graphic arts.
Jesús worked as a manager in a wood processing plant for 12 years. During this time he married and became a father of two children. He took care of the children and the house while taking painting classes and learning different techniques.
Jesús likes painting animals and nature. His goal in life is to continue taking painting lessons until he fully masters a range of techniques. He wants to live from painting in order to be able to support his family and other people.