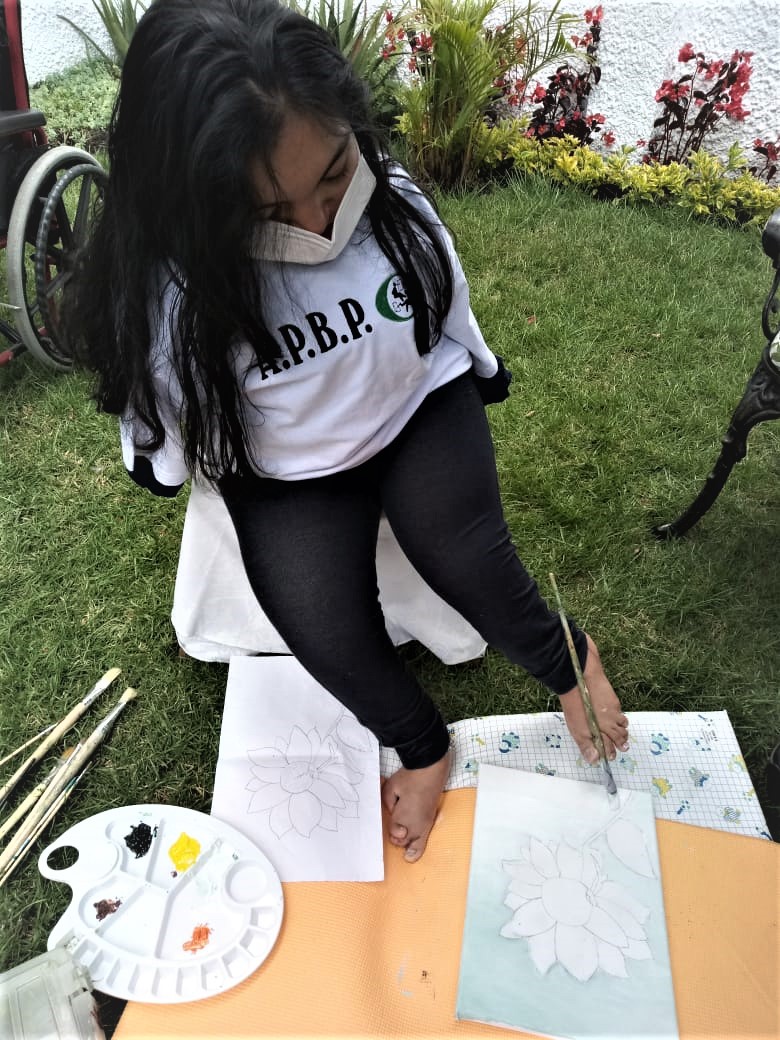 Luz Angelica Garcia Garcia was born on 17 May 2001 in Bogota. Shortly after birth she was diagnosed as suffering from a cleft lip and palate, clubfeet, severe scoliosis and missing upper limbs. Her rehabilitation started with physiotherapy at the age of four. After kindergarten she attended pre-school, where she stood out thanks to her intelligence and ability. In primary school she continued to further develop her skills at writing, colouring in and completing other tasks with her feet. When she was seven years old the doctors decided to carry out hip reconstruction surgery. Her mother is forced to look after her daughter on her own, as the father has not supported them since the birth. Luz Angelica Garcia Garcia enjoys drawing with crayons. Her preferred motifs include flowers and faces.