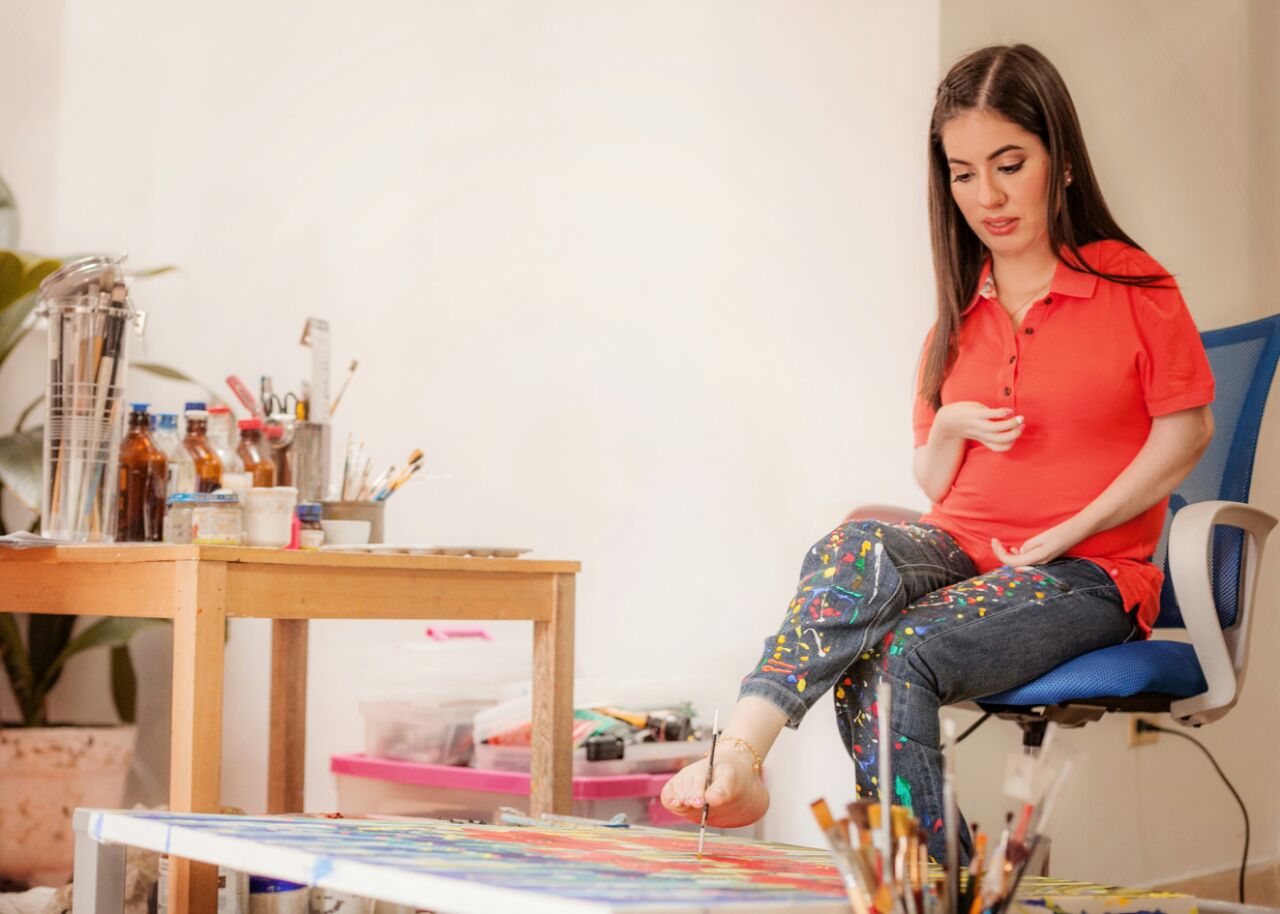 Elisabeth Gallego Ramirez was born in the city of Medellín on 7 February 1989. She has suffered from the disability of arthrogryposis muliplex congenita since birth, causing her joints to become multiply deformed. In addition, she has a paresis of the upper limbs. Rehabilitation therapies have become part of her life. She started walking at the age of five, mainly as a result of her sheer tenacity and steadfastness - and despite all the doctors' prognoses. After learning to walk, she was admitted to the pedagogical centre of Antioquia where she also learned to do various other things with her mouth and feet. Around this time she realised that her feet were the most suitable aid for coping with her life. She went on to complete her primary and secondary school education with her characteristically gritty determination. In 2009 a number of people suggested that she should take up foot painting. She discovered a new zest for life as a result. To develop her foot painting talent, Elisabeth attended the "Punto y Sol" academy in Copacabana, where she took regular painting lessons under Carlos Aguilar. Subsequently, she was swiftly able to improve her artistic skills. She learned the charcoal drawing technique and created her first still life pictures with the aid of pencils. Elizabeth later arrived at the "House of Culture" in Copacabana, where she took lessons under the teacher Felipe Orozco. There she discovered the world of acrylic painting and created many landscape pictures using this technique. Afterwards, she took private lessons under Walter Cadavid in the course of which she learned the sepia and red chalk techniques in addition to oil painting. The foot painter has already taken part in numerous exhibitions and received several awards for her artistic works.