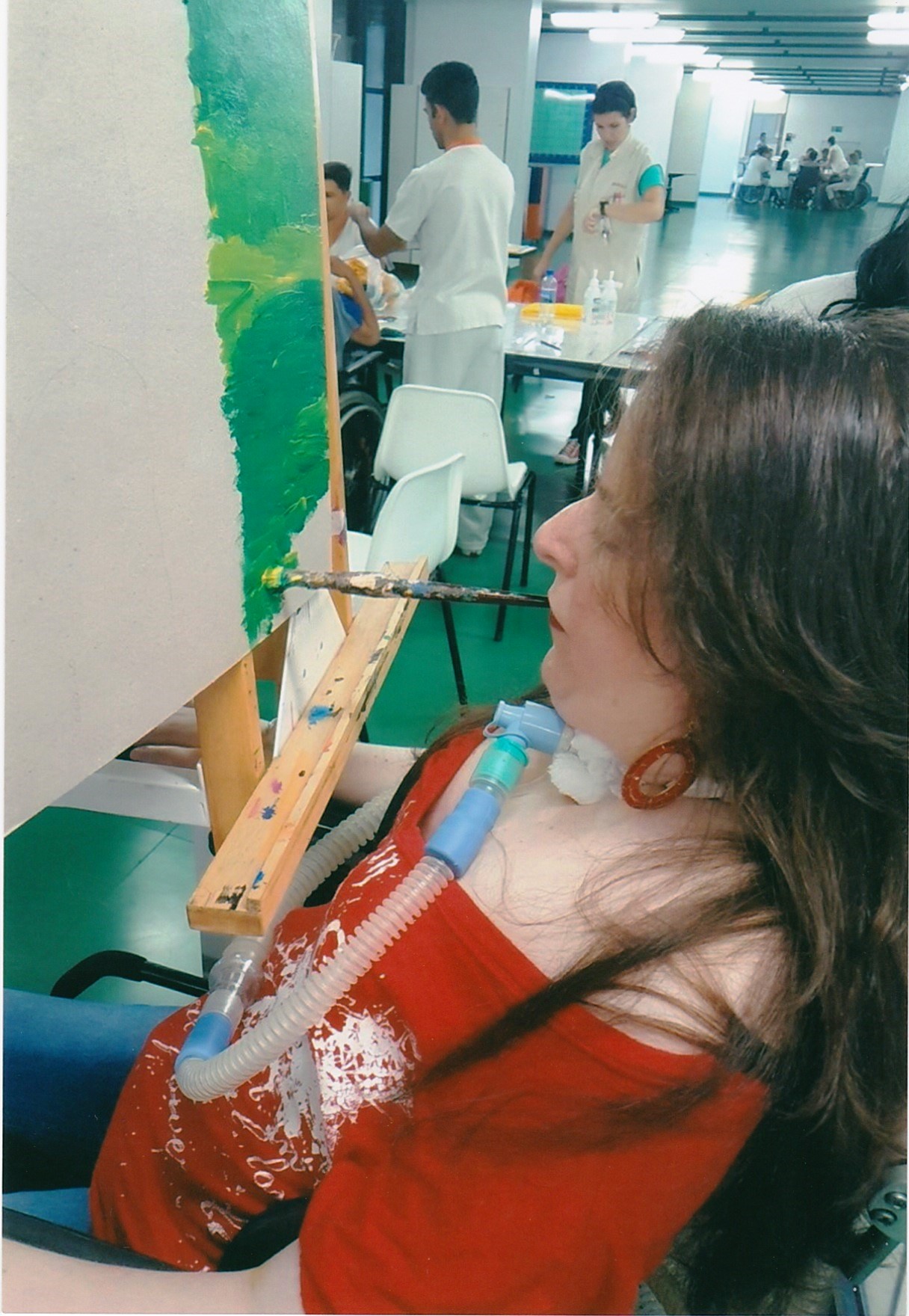 Letruska Marilena Franco Antunes was born on 20 April 1979 in Novo Horizonte, in the federal state of São Paulo. Her twin sister Priscila Marcela died at the age of three. At the age of 10 Letruska had a serious accident in which her male cousin died, and she and her female cousin were seriously injured.
On 4 March 1990 she was taken to the Sarah Hospital in Brasilia, where it was confirmed to her that she was paralysed from the neck down. Due to the consequences of the C2 spinal cord injury, she required mechanical ventilation. Letruska has lived at the Sarah Hospital since she was 10.
Thanks to her family, friends and an electric wheelchair, she regained a little freedom. She completed her school education and would like to study psychology.
Letruska is reliant on other people for her everyday activities. She is able to use her computer thanks to a modification.
Ms Franco Antunes paints once a week. When she started painting it was her motivation to seek new ways, new realities and new perceptions.