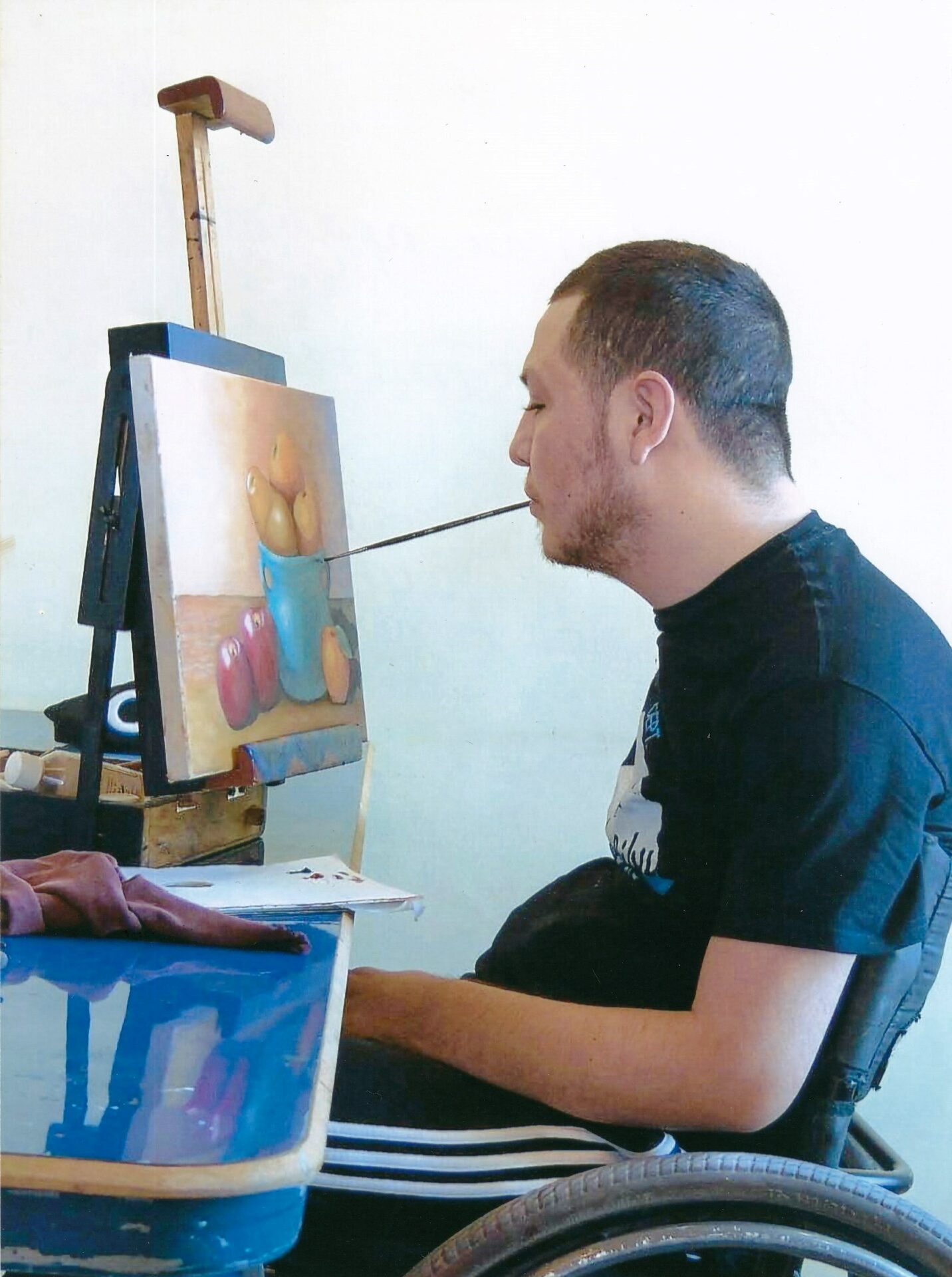 Luis Rogelio Fontes Molina was born on 14 August 1988 in Chihuahua, Mexico. He is the youngest of seven siblings and the father of a girl. In 2008, when he was 19 years old, he suffered a spinal cord injury at the level of the 4th to 6th vertebrae. The stay in a rehabilitation centre helped him to rebuild his life. Since 2013 his two sisters have been looking after him. Thanks to an invitation from Lidia de Jesus Chaidez Lopez (a VDMFK scholarship holder) he became familiar with the establishment of Paso Firme, the Erich Stegmann painting workshop, and took painting lessons there. Painting and his newly-acquired friends allowed him to view life positively and his sense of self-worth became greater.