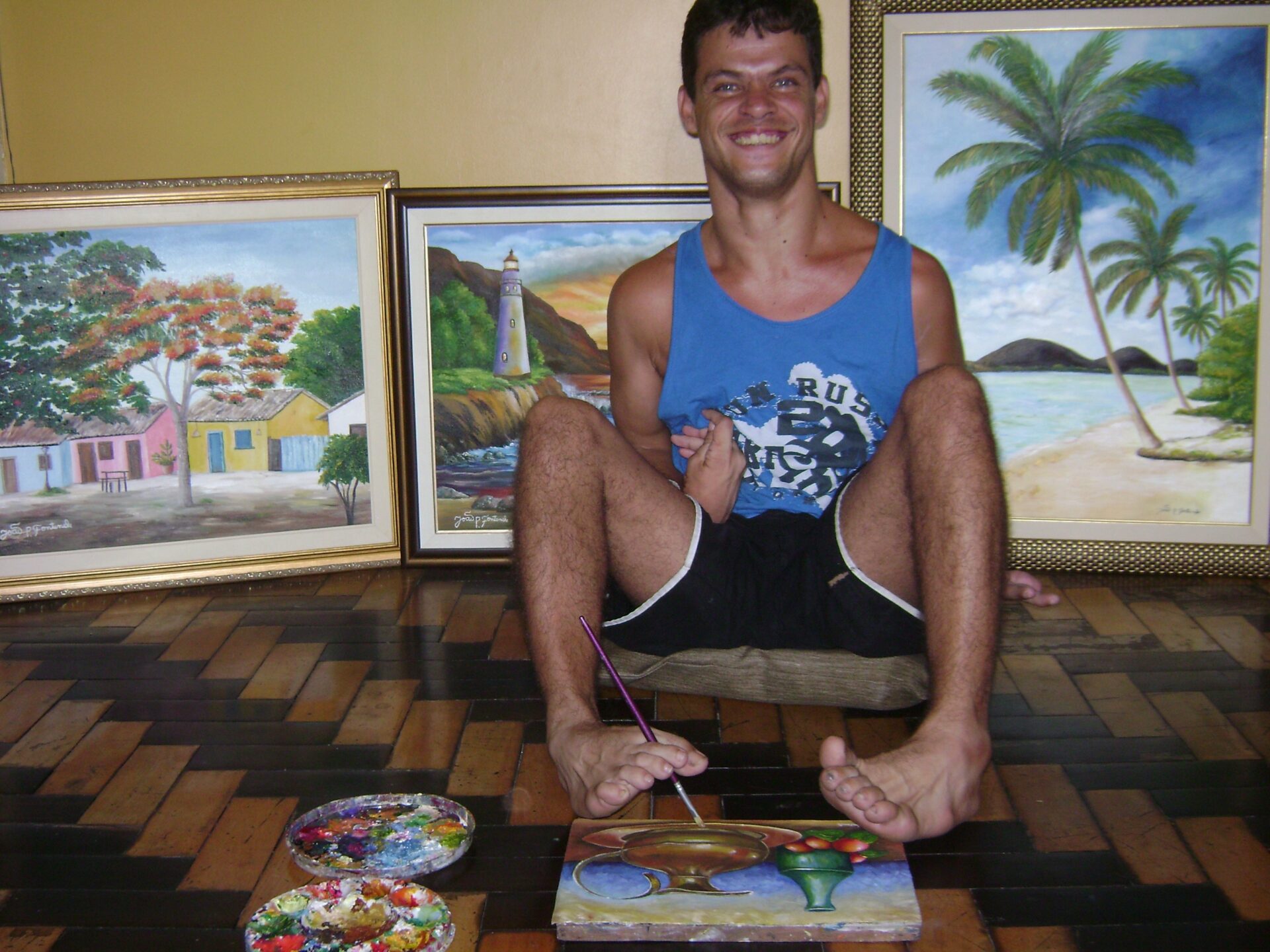 From birth, João Paulo da Silva Fontanelle suffers from chronic encephalopathy. When he was only eight months old he fell ill with whooping cough. The disease cost him the ability to coordinate the movements of his arms and hands and impeded his motoric development. At the age of ten, on the advice of a doctor, he began to paint with his right foot. He is self-taught. In the meantime he has started to take painting classes at a study centre in the city. João Paulo da Silva Fontanelle has participated in several group exhibitions.