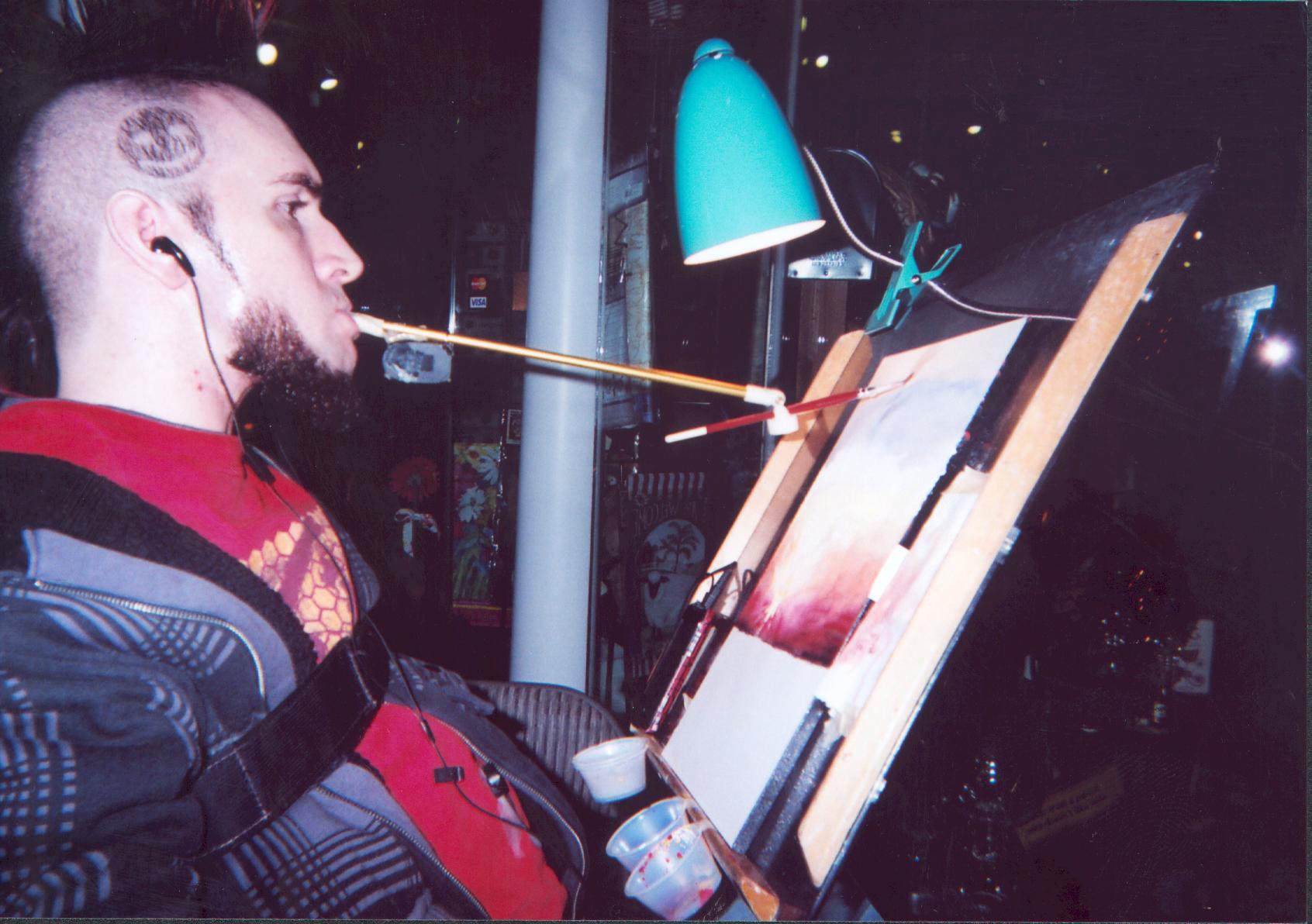 Born on 2 March 1982 in Baltimore, Maryland. As a result of jumping into a swimming pool Robert suffered a spinal cord injury at the level of the C4 vertebra and became tetraplegic (2006). It was only one year after his accident that he began to paint and draw with his mouth to pass the time. Being self-taught, he was quickly able to make artistic progress. Later he took private lessons from Anne Arundel at the Pittsburg Art Institution and learned to do paintings in oils and watercolours and pencils with the help of his mouth. In the course of his artistic career the artist published his own biography that was called "Life - It Must Be A Comedy". He also writes and illustrates children's books. Robert particularly likes to do colourful paintings with depth and perspective in a realistic style. The artist took an online study course at the Art Institute in Pittsburg and received his Bachelor of Science degree in December 2007 in entertainment art and design.