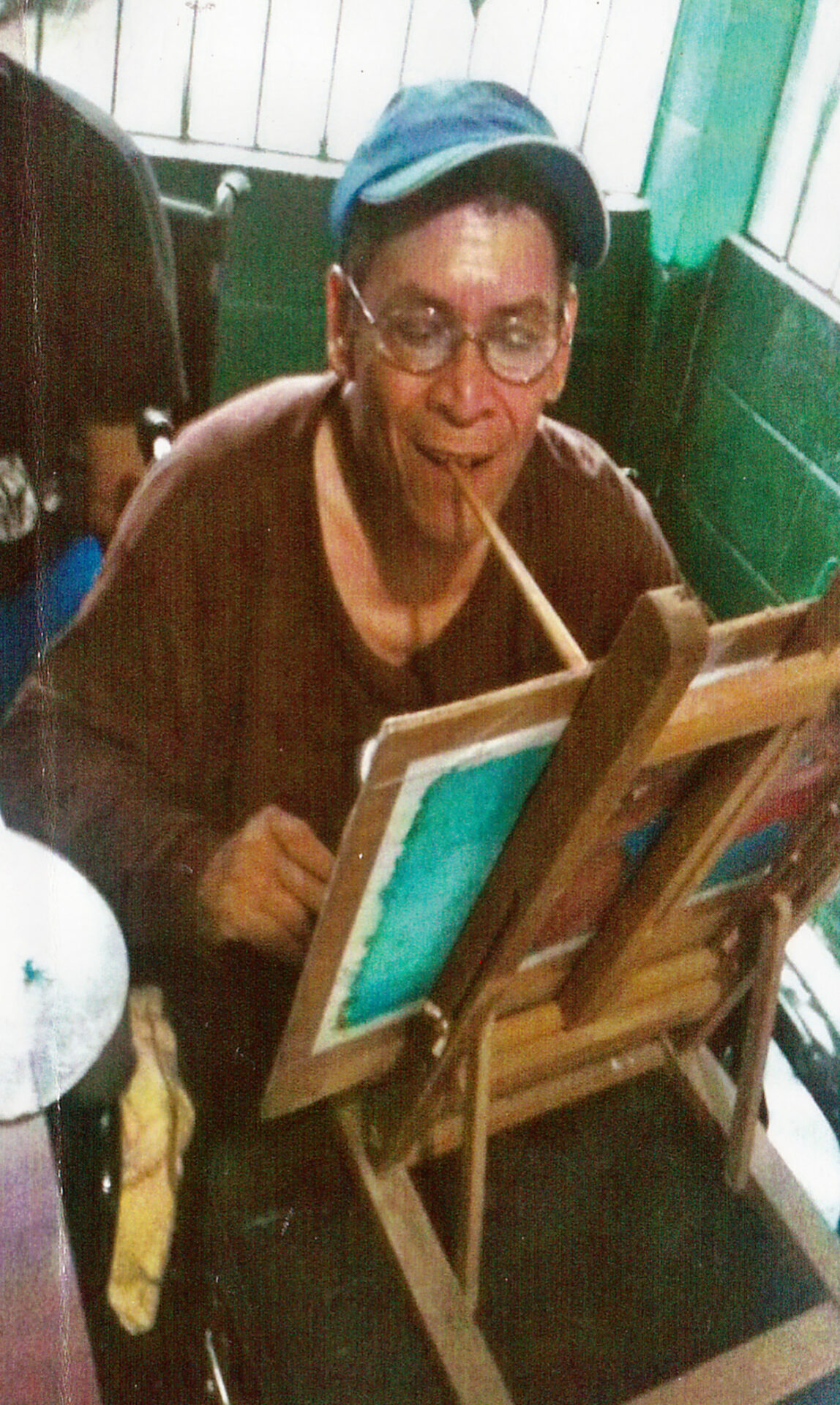 Juan Francisco Flores was born in the municipality of San Lorenzo within the Department of San Vicente in El Salvador on 16 December 1957. He attended school right through to the second year of upper secondary school. Since he was unable to raise the money to finance his secondary school and higher education, he volunteered to serve in the armed forces of El Salvador in 1978. Shortly after, the country became embroiled in a serious armed conflict which began in 1980 and ended in 1992. On 1 August 1982 he sustained a bullet wound between the sixth and seventh vertebrae (C6-C7) which shattered his spinal cord. As a result, he was diagnosed with spastic quadriplegia and, due to subsequent complications, had to be re-admitted to El Salvador's military hospital in 1984 where he received a course of rehabilitation treatment. He took up regular painting lessons at this time: a well-known artist taught him how to paint with his mouth. He increasingly enjoyed mouth painting and gradually made considerable progress. Painting has been instrumental in helping him continue to live, to feel productive and not to be a burden on society.