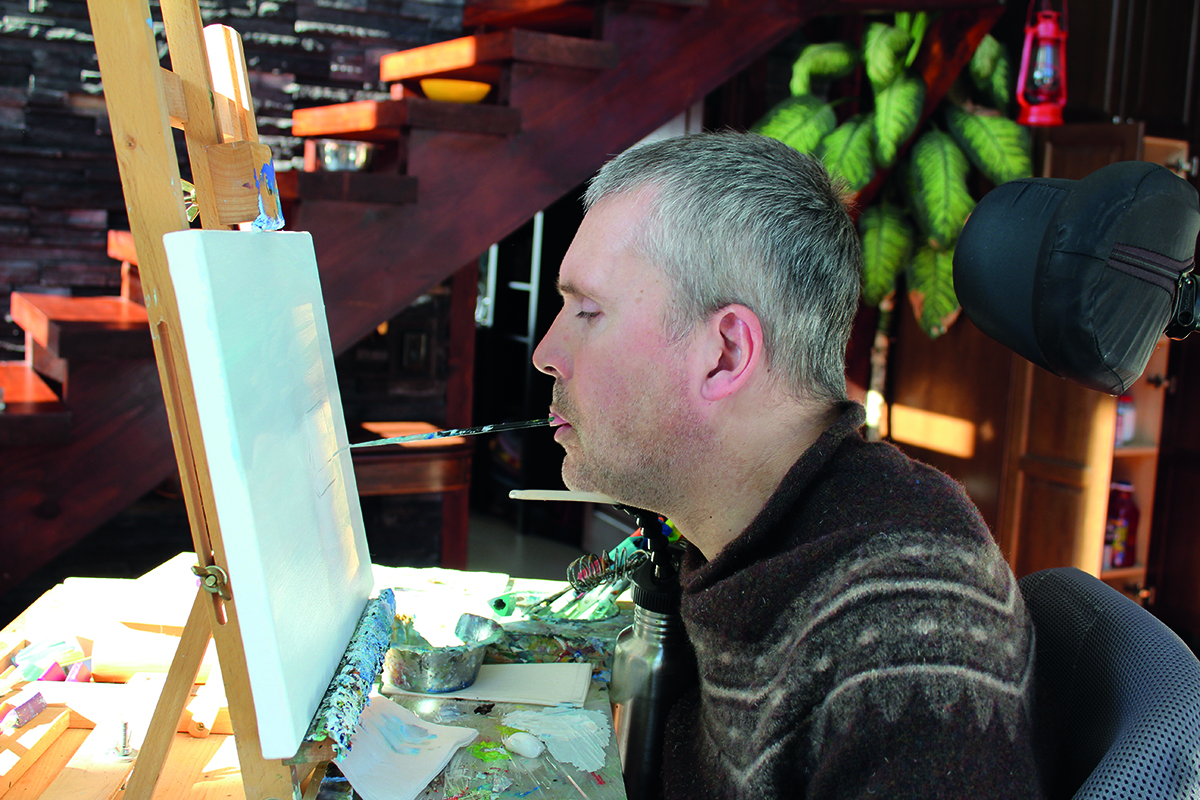 David Fleet was born in Quebec City on 12 December 1968. He completed primary and secondary school, high school and a course of specialised studies in carpentry. On 26 August 2008 he was on his way home from work in his car when it came off the road, overturned, and landed in the ditch. The accident left him a quadriplegic and all his limbs are now completely paralysed. David then spent the next 1½ years at a rehabilitation centre, David Fleet spent the next 1 ½ years in a rehabilitation center, where he began upon proposal of his therapist to take the path of mouth painting in January 2009. In order to broaden his knowledge he regularly attended a painting course at the "Centre of Readaption" (a therapy centre). David particularly enjoys painting landscape motifs.