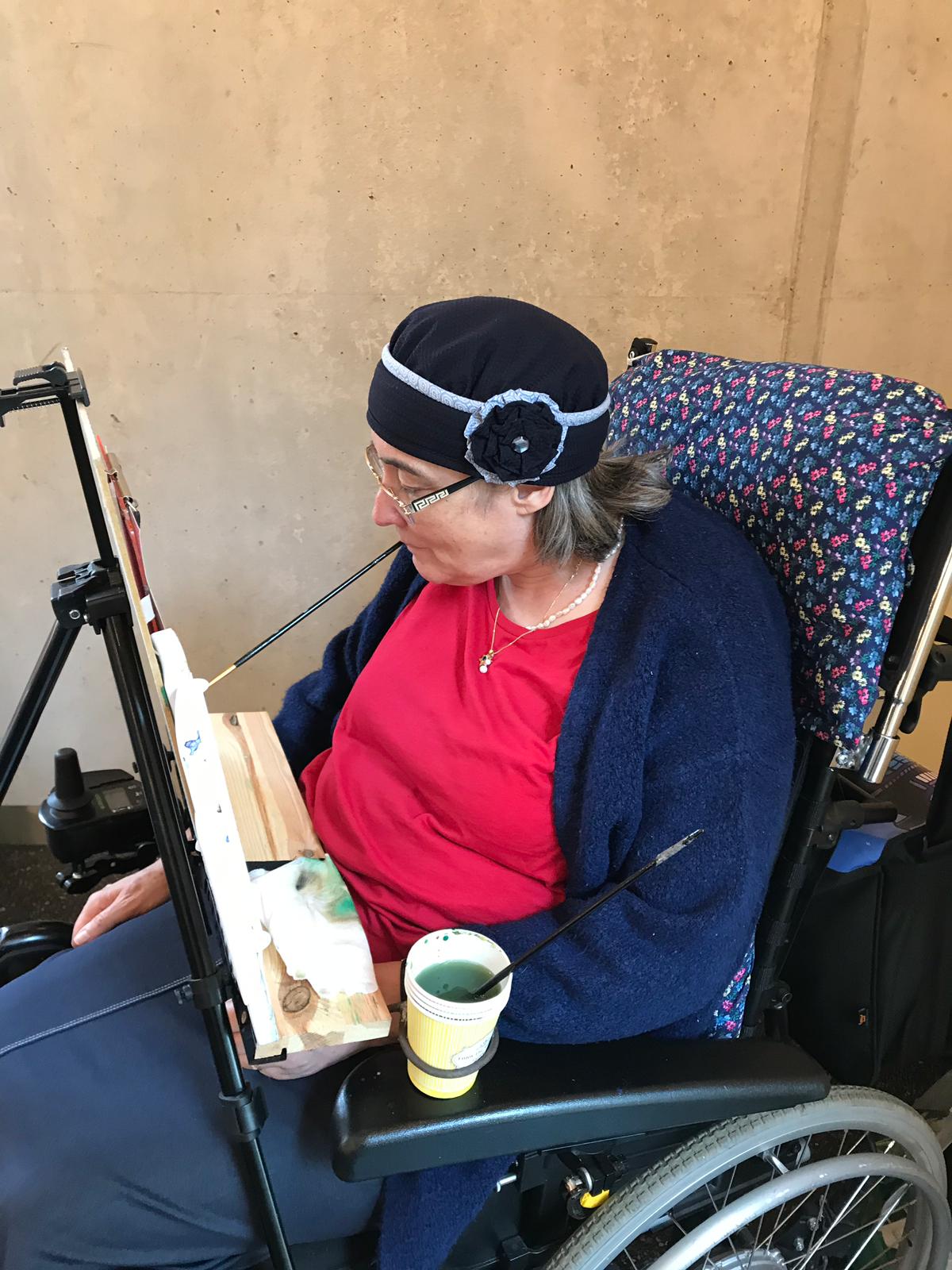 Bracha Fischel was born on 16 April 1959 in Zurich. She attended primary as well as secondary school, after which she successfully completed her training as a nurse. In April 1991, she moved to Israel, where she initially lived in Haifa. Later on, she joined the kibbutz in Tirat Zwi, where she took care of an elderly married couple in her capacity as a nurse. A few years later, she moved to Tiberia with her husband. In 2006, Bracha contracted rheumatoid arthritis, which affected not only her joints but also her spinal column, eventually causing her to lose the use of all her limbs. In 2007, during her rehabilitation stay at the Tel Ha Schomer, she was given her very first lessons in writing and mouth painting by Barbara Blum. After returning home again, she continued to practice mouth painting through self-study, and was able to achieve remarkable progress in the technique. In the meantime, the artist has been able to hold several exhibitions in Israel and in Switzerland. She also regularly gives lectures within the scope of her work as an artist.