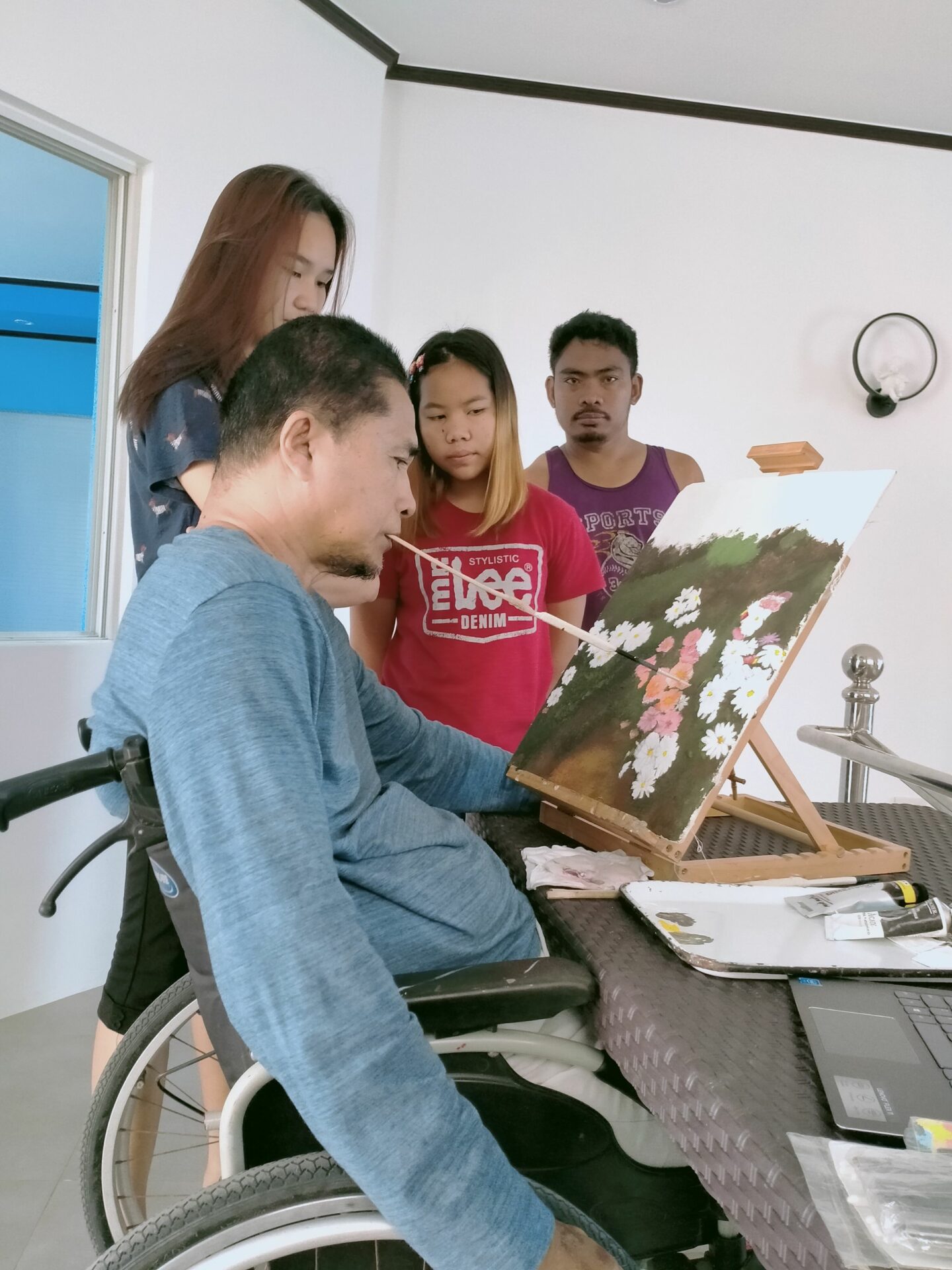 John Roland Feruelo was born on 23 June 1965 as the youngest of five children in Santa Fe, Romblon, Philippines. On 5 March 1989 he had a tragic diving accident where he injured the spinal cord of the cervical vertebrae. He became confined to the wheelchair. Encouraged by other mouth and foot painters, in particular VDMFK member Dennis Francesconi from California, he discovered an interest in painting. His family provided moral support and inspiration, and sister Valeriana Baerts, ICM, provided spiritual guidance. She was the founder of the Tahanang Walang Hagdanan (House without steps), where he went for rehabilitation and education. Mouth painting was the only that remained to him, so he took the brush in his mouth and started to paint. He paints in oils, watercolours and acrylics; his favourite themes are flowers, landscapes and figurative pictures. He likes to create paintings of people, reflecting realistic conditions of life and the surroundings. He expresses his problems on the canvas. He is self-taught, but has already taken part in art exhibitions held by other organisations and this has been a strong motivation for him. He heard about VDMFK through the Christopher Reeve Paralysis Foundation.