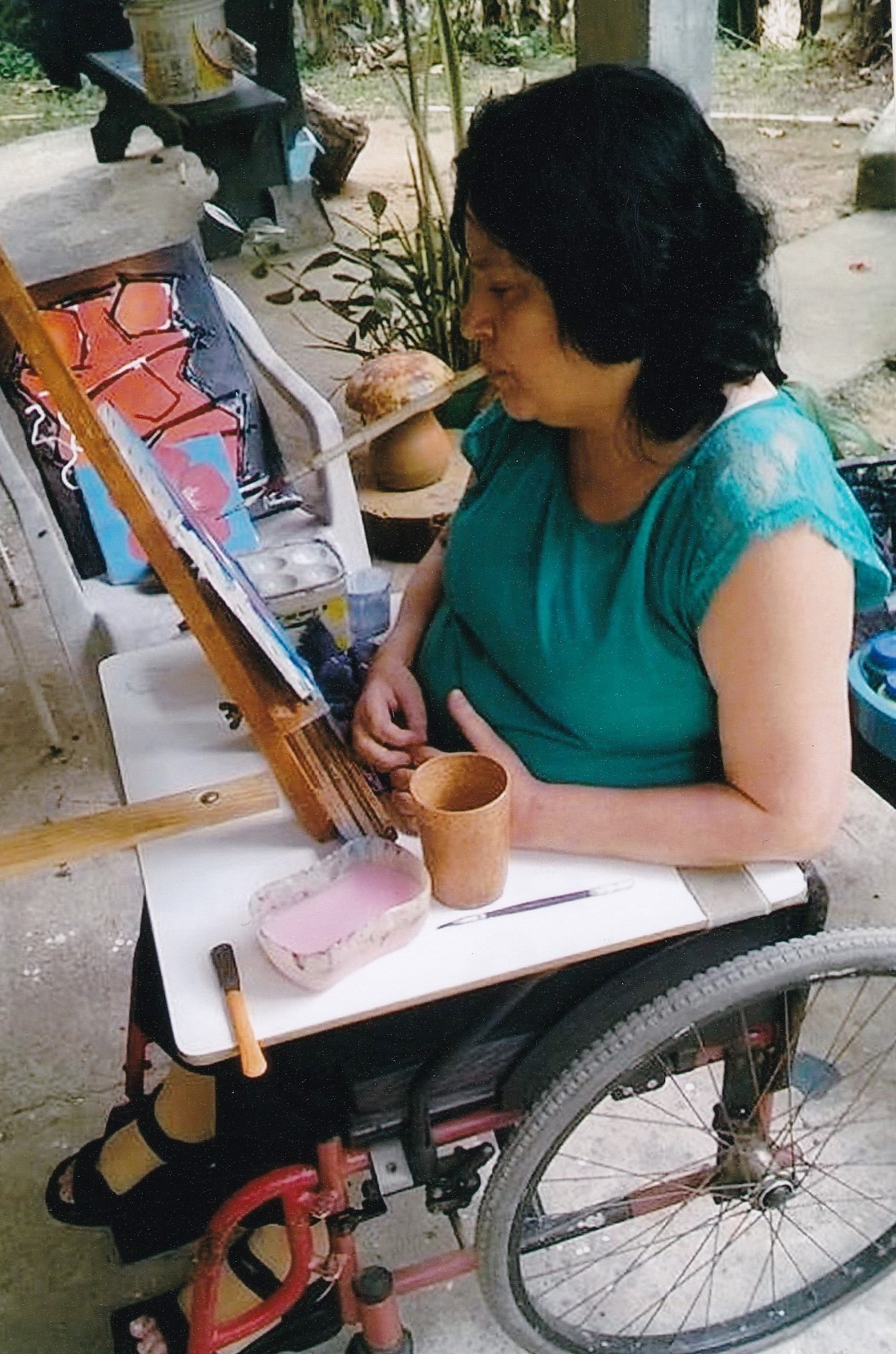 Debora Ferreira dos Santos was born on 10 March 1965 in União da Vitória, in the state of Paraná, Brazil.
She lives with her husband and their two children in Rio de Janeiro.
In 2007, when she was busy with the laundry at her mother’s house, she felt a pain in her right arm, which spread through her entire body. Debora’s son rushed to help her and together they drove to the hospital. She was still able to get into the car on her own, but within 30 minutes she lost control of her body and could no longer move her limbs. It took some time until the two of them eventually found a hospital with the capacity to admit Ms Ferreira dos Santos. A nurse who was present recognised the risk of her stopping breathing and admitted the patient.
After a number of examinations it was established that during her housework Ms Debora Ferreira dos Santos had suffered a cervical myelopathy.
After this diagnosis Debora lost her courage to face life, until in 2012 her cousin drew her attention to the artist Marcelo da Cunha (Associate Member of the VDMFK). Marcelo explained to her the importance of painting for his life, and supported her in painting with her mouth herself. In 2016 with Marcelo’s help Debora started painting.
Today painting is a release for Debora, which came into her life when she no longer believed she would do anything different.