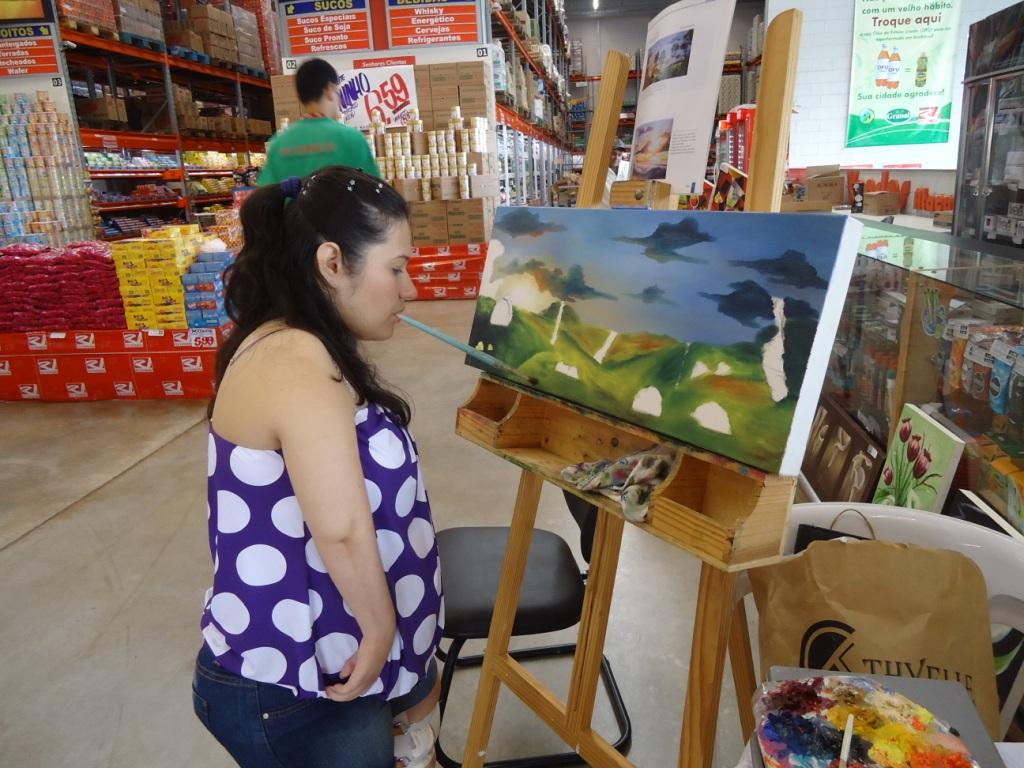 Terezinha Irani de Oliveira Fernandes was born on 1 March 1983 in Gioâna - Go (Goiás). She was born with a malformation of her limbs called arthrogryposis. At the age of about ten she watched her mother - an artist - paint and thus became curious about and interested in vivid colours, drawings and paintings. It was not until she was twelve that she started to paint in earnest. Years later she attended the "Escola Oswaldo Verano" painting school in Anápolis and then continued her education with a private teacher for three months. She enjoys studying and loves challenges. Terezinha Irani de Oliveira Fernandes, nicknamed "Tetê" has already participated in many exhibitions and is becoming more widely known both at national and international level.