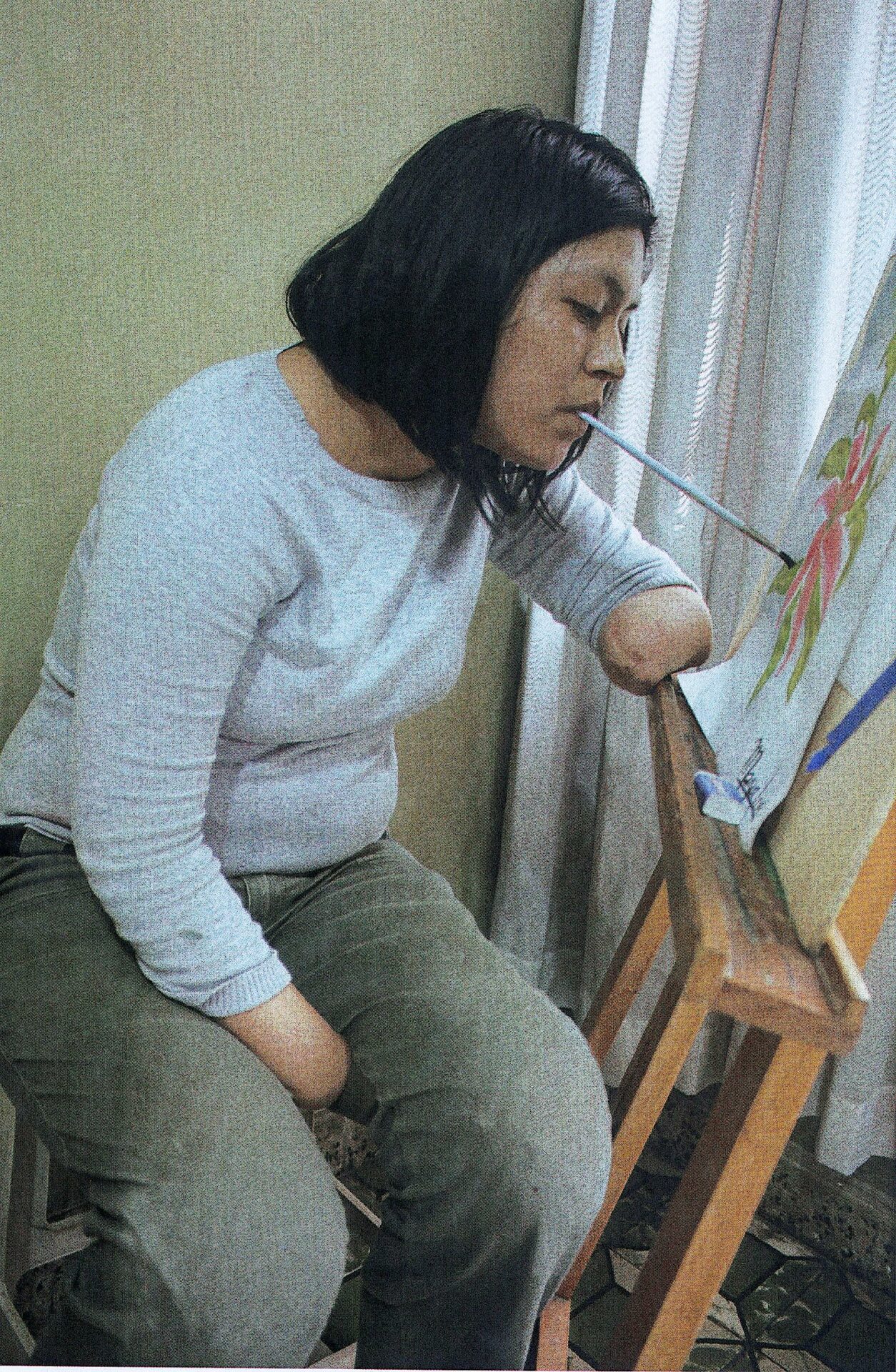 Donia Felices Rojas was born on 1 August 1990 in Sarhua (Ayacucho). At the age of 15 she was diagnosed with systematic vasculitis, which is an autoimmune disease characterised by the presence of an inflammation in arteries, arterioles, capillaries, venules and veins. This may cause damage to organs supplied by these blood vessels. Donia's hands and feet became necrotic and in order to save her life, her arms and legs had to be amputated. In 2007 Donia Felices Rojas became involved in mouth painting as an autodidact. Later on she attended various workshops and was thus able to develop her artistic talent. She has already participated in arts and crafts exhibitions.