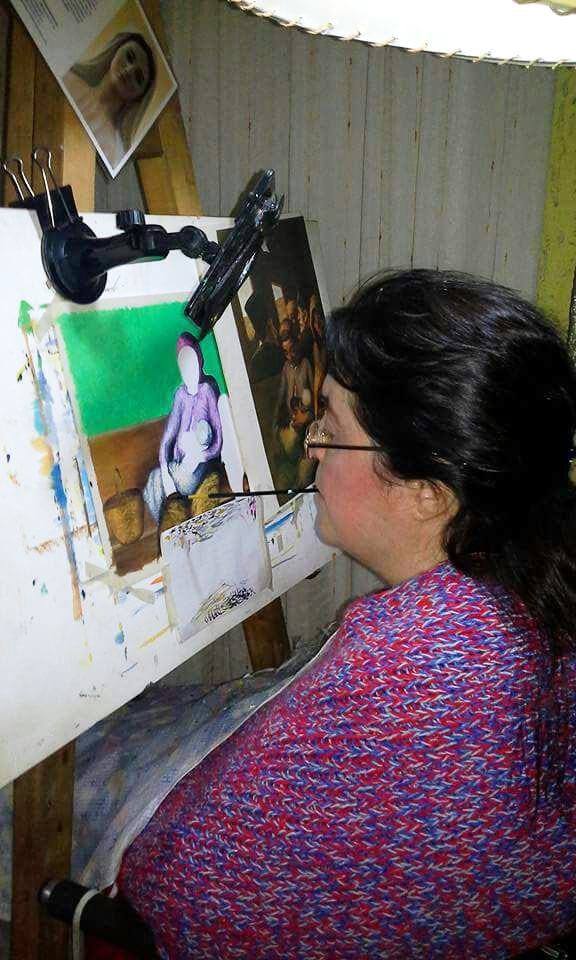 Silvia Adriana Favaro was born in Mendoza, Argentina, on 16 October 1961. Silvia is married and the mother of two children. In 1987 she was diagnosed with multiple sclerosis. Since 1994 she has been confined to a wheelchair. Silvia learned the techniques of mouth painting on a course. She met Scholarship Holder Claudia Carmen Sánchez at a workshop organised by the Asociación Mendocine Esclerosis Múltiple. In March 2016 the local government of Mendoza awarded her a distinction for her works. Together with Claudia and José Scacco, one of Argentina's most recognised plastic artists, she took part in her fourth exhibition during September 2016.