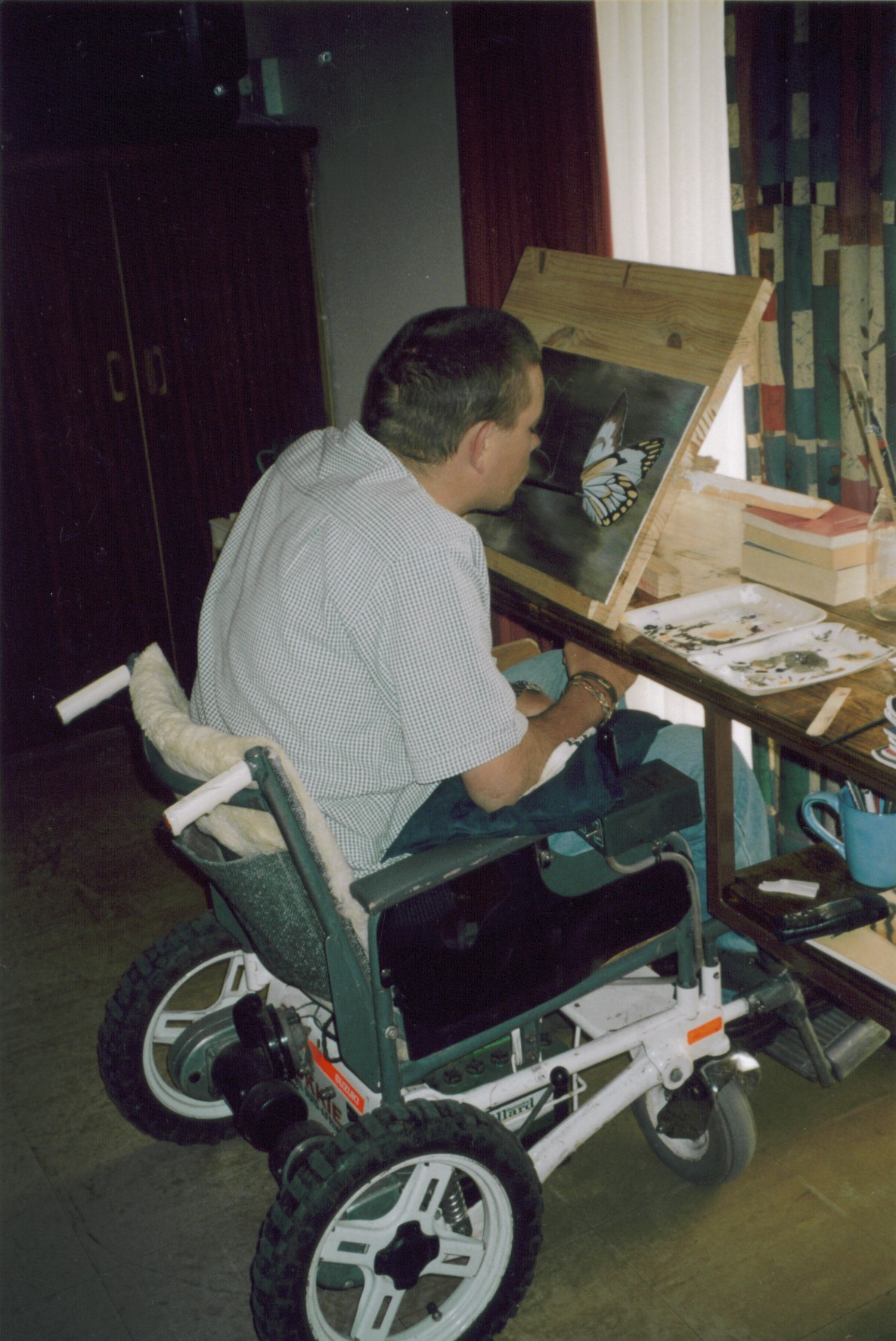 Prior to his accident Johan Hendrik Barkemeiyer Erasmus worked as a manager in the district of Thambazimbi (province of Limpopo) on a game farm. In January 1999 he lost control of his van on the way home. He became tetraplegic (C5). After rehabilitation he was transferred to a home for the disabled in April 1999. His family and his tetraplegic colleagues at the home encouraged him to have a go at mouth painting. At first, he made pencil drawings to learn the basic techniques and did so as an autodidact. In 2005 he began to paint in oils.