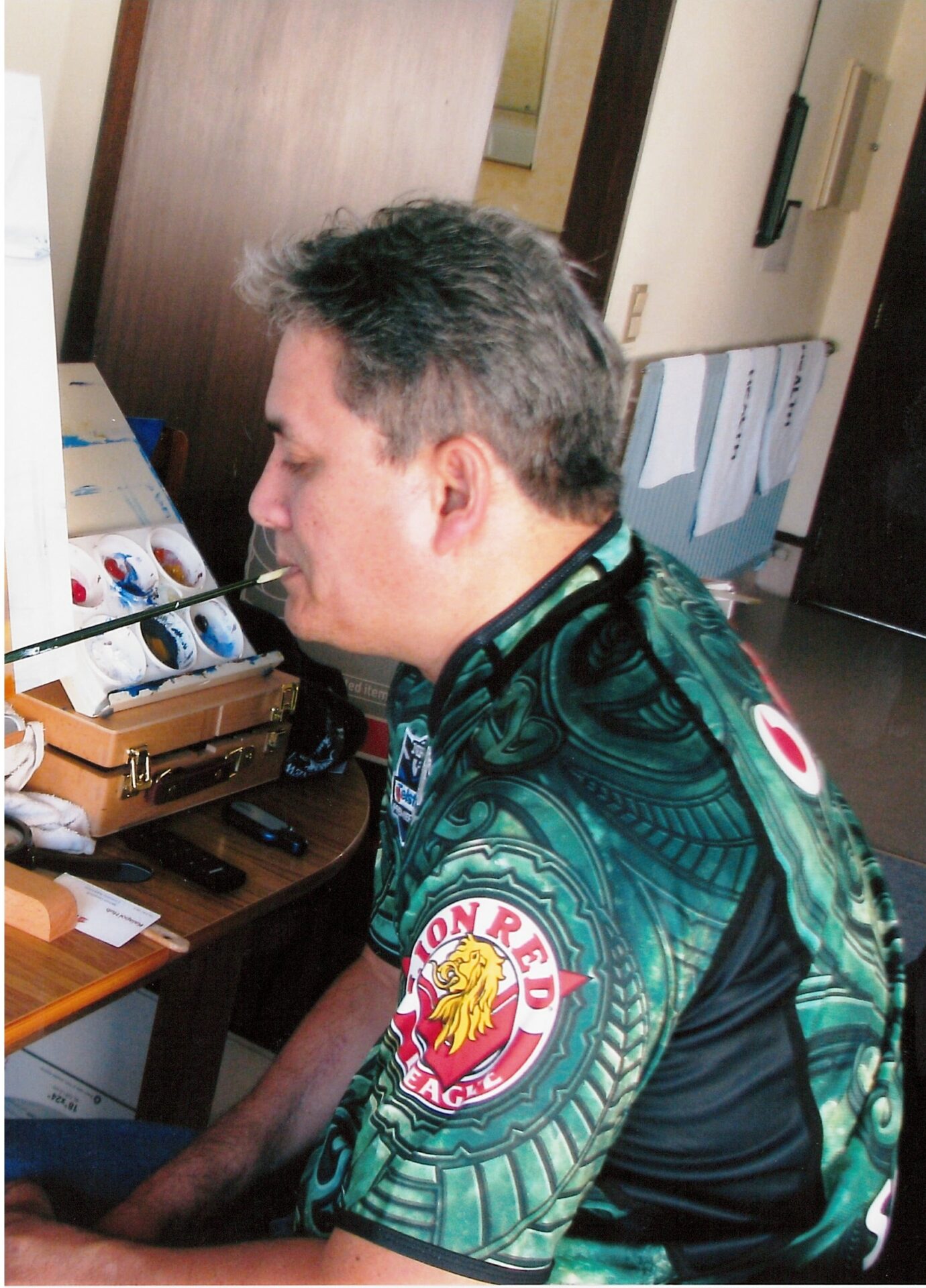 Patrick Edmonds was born on 17 March 1962 in Whangarei, New Zealand. On New Year's Eve in 1985, he contracted tetraplegia when he dived into a swimming pool and broke his neck at the C6 vertebra. At the time of his accident, he was serving in the New Zealand army, and sport played a large part in his life. However, as Patrick lost the use of his arms and legs after the accident, and as he was determined to defy this devastating stroke of misfortune, he began teaching himself to paint and draw by mouth in July 2012. Since then, as the artist himself says, his passion for art has blossomed. Thanks to his untiring dedication to mouth painting, he has already managed to achieve remarkable progress.