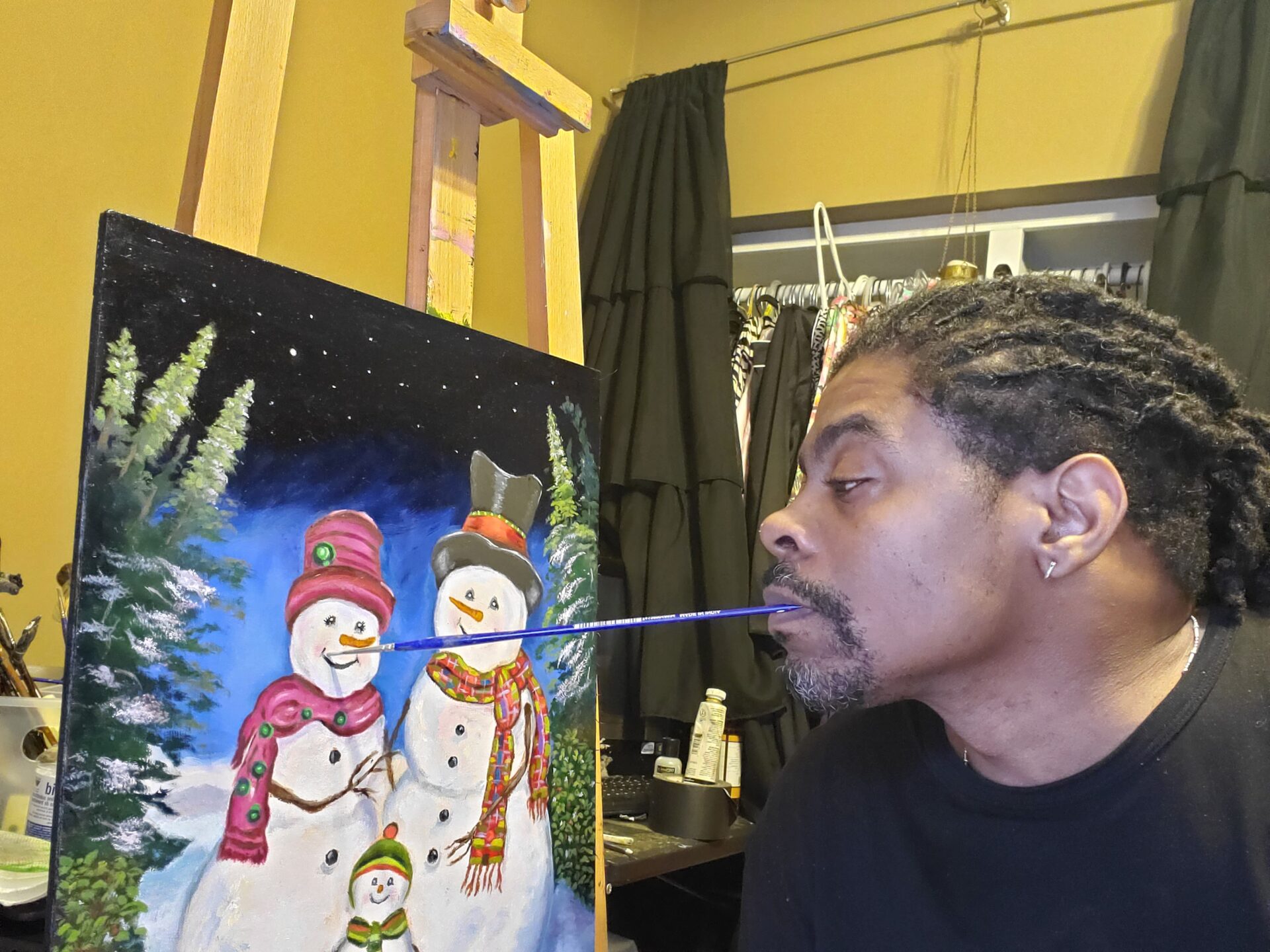 Born on 24 March 1975 in Chicago. On the evening of 21 October 1994 he was on his way home with his cousin. After getting out of the car in front of their apartment they were approached by two men who said nothing and shot both of them. While his cousin died instantly, Antonio suffered a gunshot wound to the chest that severed his spinal cord and left him quadriplegic. After 6 months of recuperating and participating in physical rehabilitation at the Rehabilitation Institute of Chicago, he was released from the hospital. Due to his deteriorating condition, he had to spend two more years in a nursing home. Prior to his injury, he was studying graphic art at a vocational high school in Chicago. A friend in the nursing home encouraged him to start drawing again. At the beginning he was frustrated by the results. It was only when he met VDMFK artist Robert Thome (mouth painter / full member) who provided inspiration that he came to enjoy mouth painting. The artist focuses on portraits, landscapes and still lives.