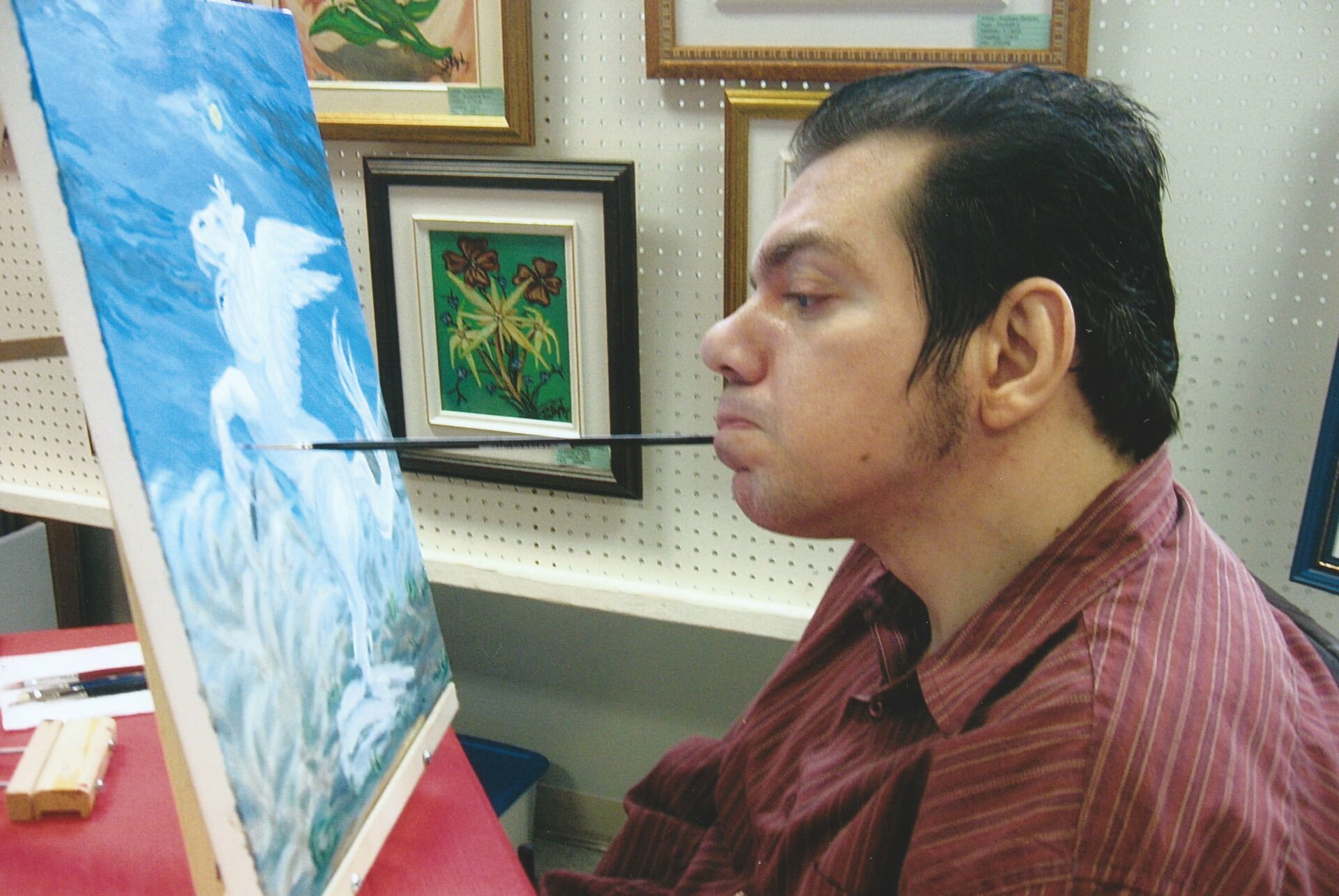 Born on 17 September 1968 in Longueuil, Quebec.
In a car accident in 1975 he sustained a brain trauma that resulted in spastic tetraplegia.
Shortly after the accident he began to draw and paint with is mouth to pass the time. He found painting very inspiring and continued his artistic education on his own initiative.
His preferred themes are landscapes and portraits done in oils.
He has participated in several exhibitions. In 1992 he received a distinction from the mayor of Valleyfield for his artistic achievement.