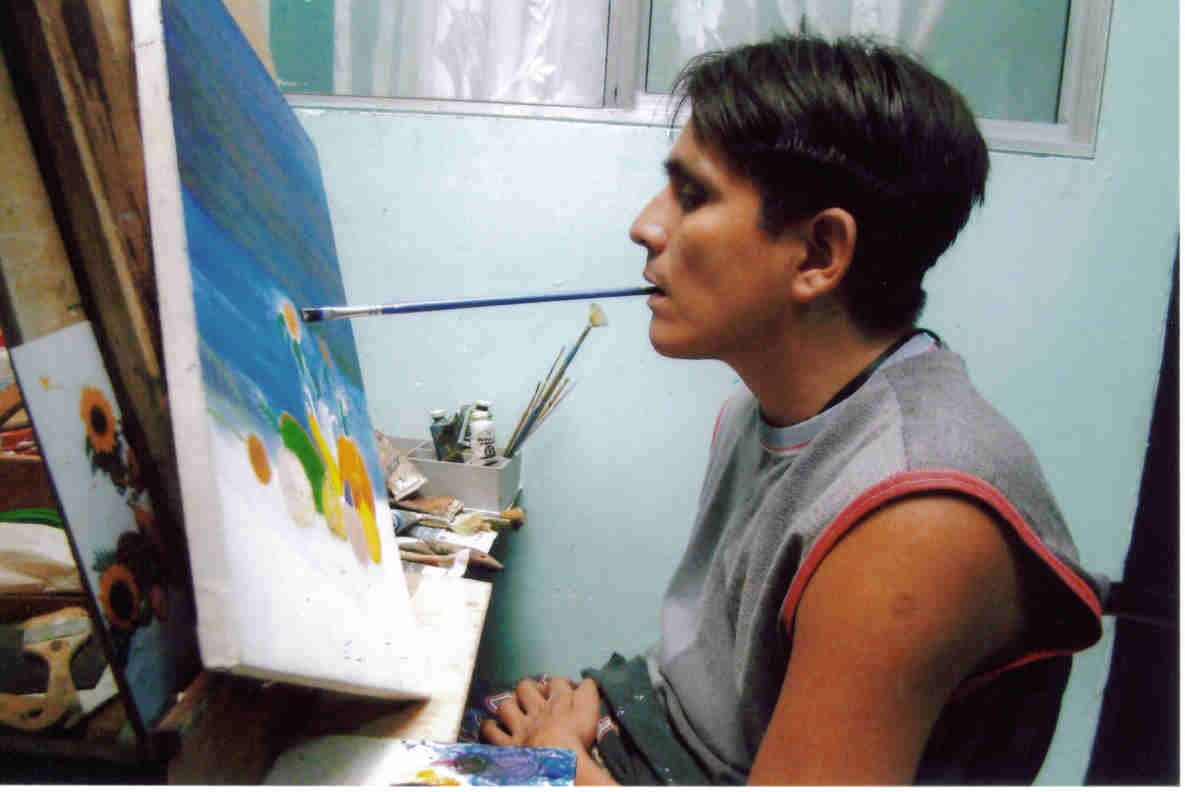 David Dagua Sierra was born on 7 January 1973 in Candelaria (Valle) in Colombia. On 29 August 1998 he became tetraplegic after he sustained a gunshot injury. After several hospital referrals it was discovered that the injury had damaged the spinal cord at C-6. His physio- and occupational therapist encouraged him to occupy himself and take up painting as alternative therapy and to pass the time. Later he received private tuition from Omar Renteria, an art teacher who introduced him to painting. He has a preference for landscapes which he paints in oil on canvas using his mouth.