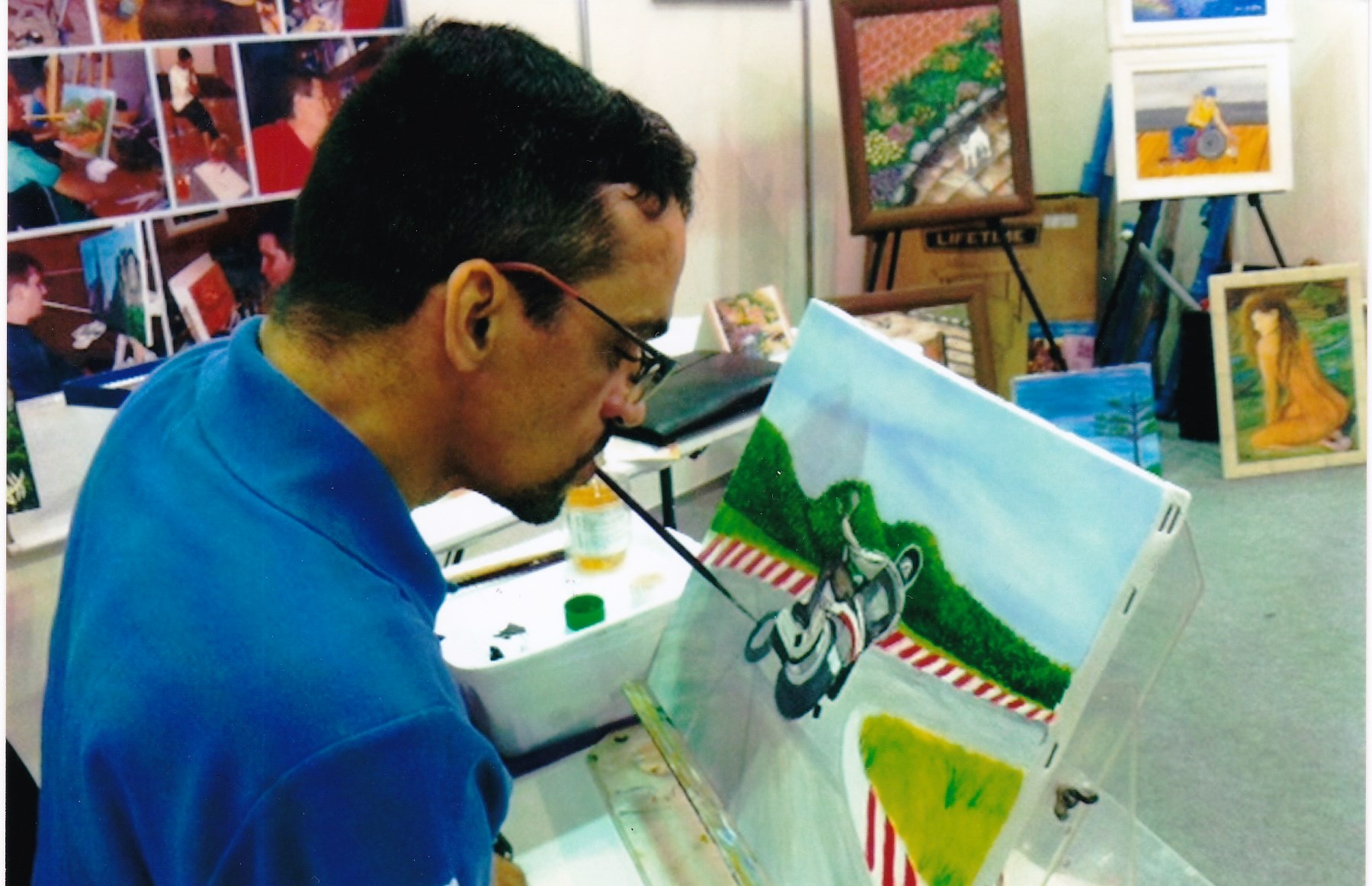 Márcio was born on 12 August 1971 in Campinha Grande, Paraíba, Brazil. When he was 8 years old, he moved with his parents to Rio de Janeiro in an attempt to escape the poverty of the town in which they were living. He started working at a very early age, in order to help his parents scrape a living. When he was 18 he joined the army - but left it at 20 to start a new career. On 19 July 1993 he had an accident on his motorbike trying to flee a hold-up. In a collision with a car he broke his C5 and C6 vertebrae, as a result becoming quadriplegic. Over the last 20 years Márcio has learned to view life from a different perspective. He has had to learn how to manage everything without the use of his legs, arms and hands. His mother has been a huge support during this time. She helped him with everything (bathing, eating etc.). His friend Jefferson MAIA FIGUEIRA (who receives a VDMFK scholarship) made him aware of the Association. He also encouraged Márcio to start painting with his mouth. Full of curiosity and wanting to learn to paint, Márcio bought himself some materials over the internet in 2013 and started painting. Since then, he has surprised both himself and others with his talent: he is eager to learn and would like to improve his prowess. He says that when he paints, the difficulties of being quadriplegic - the pain, the prejudices and the daily fight for survival - are genuinely eased for a while.