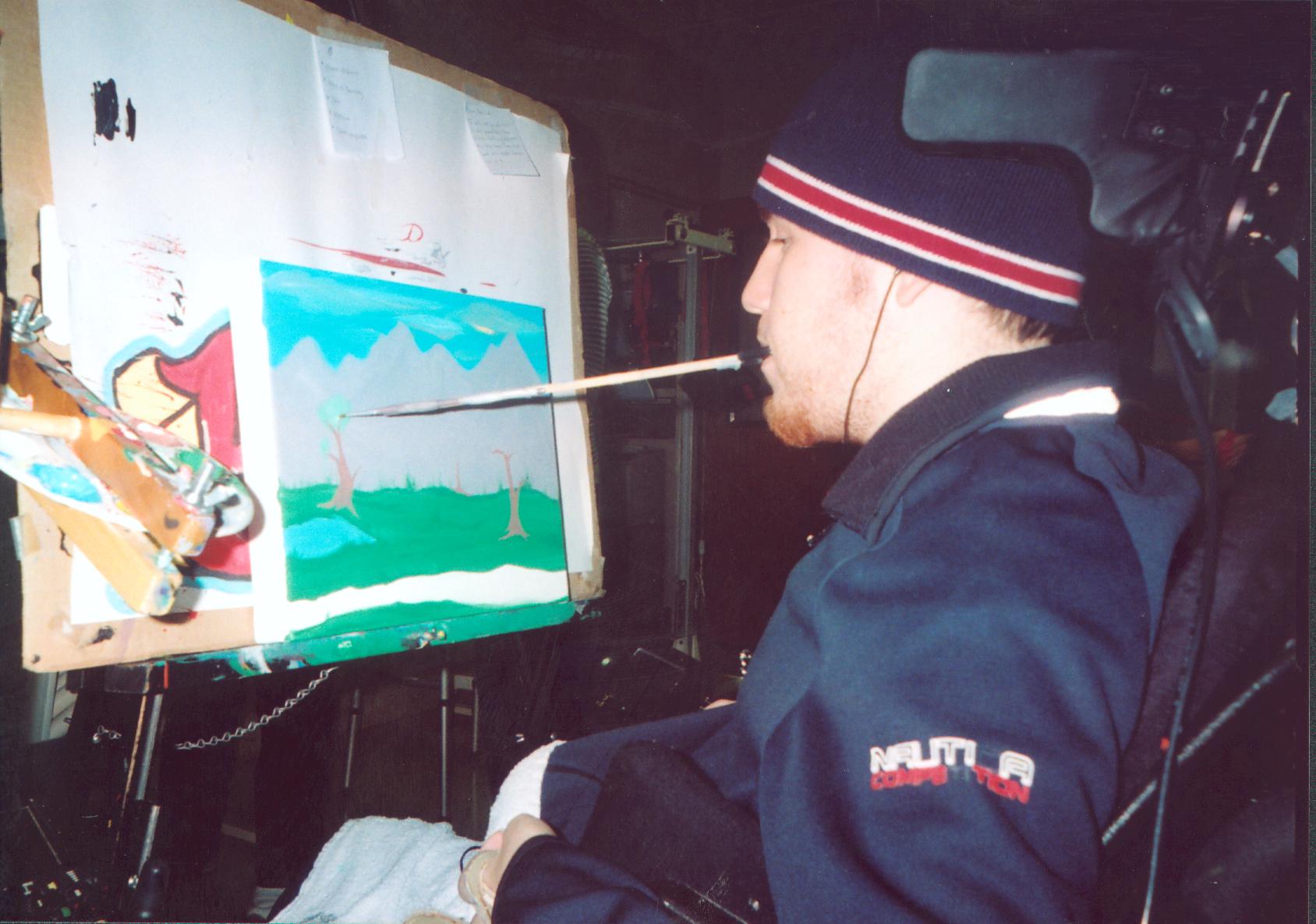 Jesse Cuellar was born on 24 August 1982 in Hollywood, California. He completed the " Central Visual and Performing Arts High School" in 2001. On 27 March 2010 he fell from a roof, which led to a fracture of the vertebrae C4 and C6, and a comminuted fracture of C5. As a result he became tetraplegic. As art was his greatest passion even before the accident, he had all his sketch books brought to him during his stay in the intensive care unit, so that he could leaf through them, and to add new depth to all his drawings. After several months in the intensive care and normal wards, Jesse Cuellar finally ended up in the rehabilitation institute St. Louis for extensive therapy. On the encouragement of his physiotherapist there, he began to paint with his mouth in July 2010. His artworks are now as good as any that he could create with his hands before.