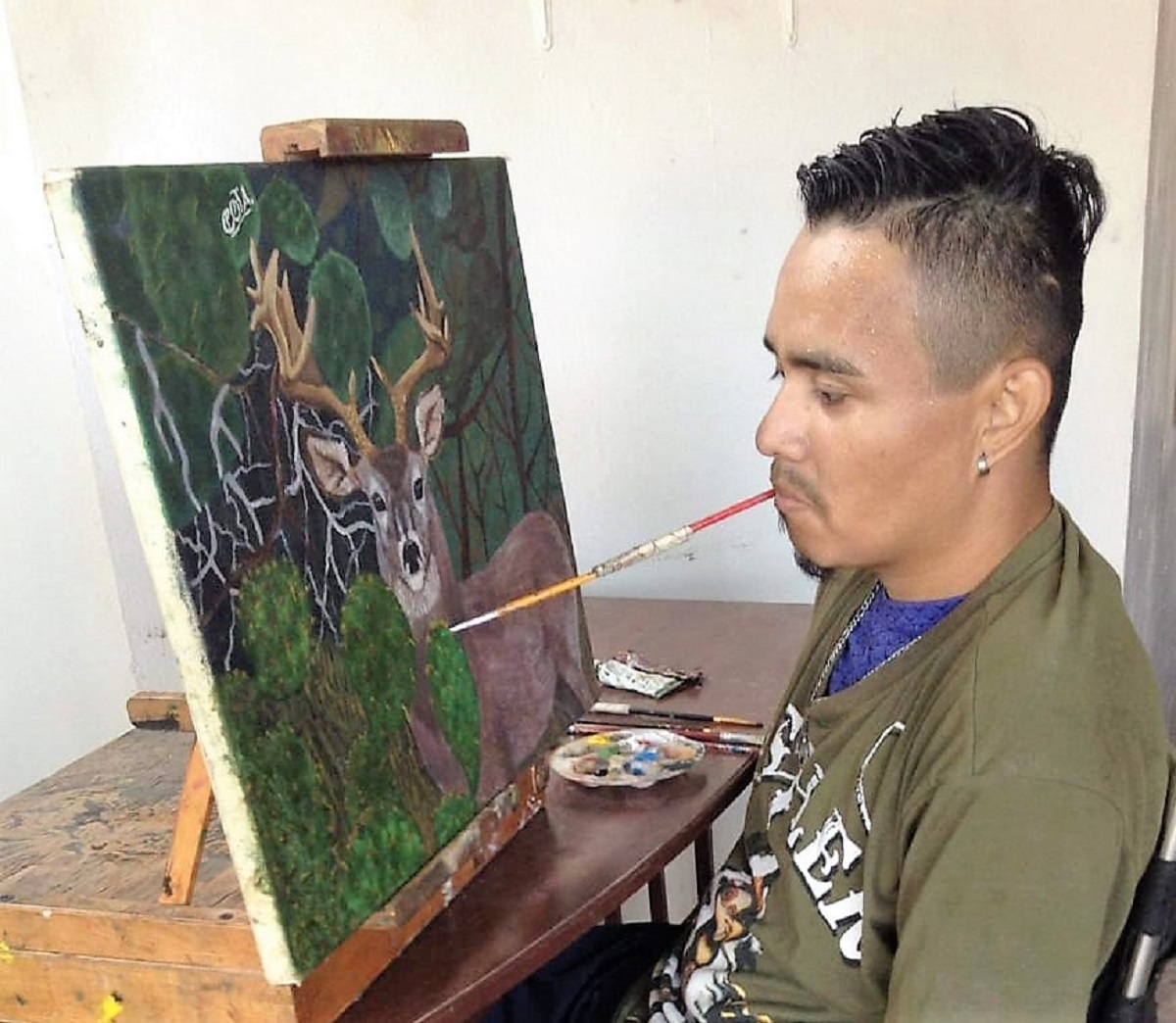 Luis Fernando Cota González was born on 14 July 1993 in Los Mochis, Sinaloa, Mexico. He lived there with his father and two brothers, and attended secondary school. In 2011, he went for a walk to a river with his family and friends, and was so enthusiastic when he saw the water that he forgot to check how deep the river was and jumped in. He became unconscious, and when he regained consciousness, he was in hospital. The medical care was inadequate, turning damage which may have been temporary into a situation which permanently confined Luis Fernando Cota González to a wheelchair. He was unable to move his limbs because his intervertebral discs were pressed together. For a whole year, he was without medical assistance until he went to another doctor who told him it was too late, and that he would not be able to walk or use his hands. In 2015, the husband of VDMFK Scholarship Holder Lidia de Jesús Cháidez López drew his attention to the Association, and two months later, he attended a painting course by Luís Gilberto Soto Álvarez (a deceased Scholarship Holder). He has had lessons and participated in exhibitions, and until today has been taught by Lidia Cháidez López.