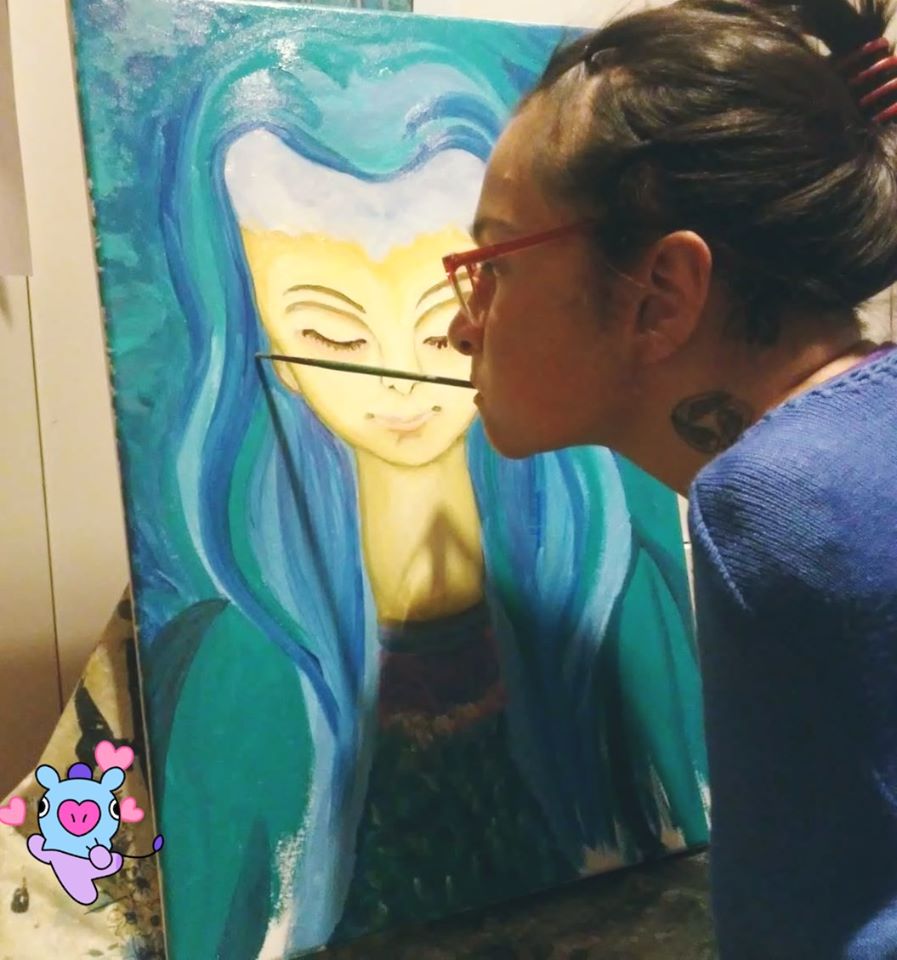 María Constanza Contreras Suarez was born on 17 June 1983 in Valparaíso, Chile. At one month old she was adopted by Jorge Contreras and Sabina Suárez, because her biological mother had abandoned her after birth. María Constanza Contreras Suarez had both of her arms amputated, and was also diagnosed with hip dysplasia. Between the ages of 3 and 12 she had to undergo a series of complicated operations due to her advanced scoliosis. As she had learned to use the fine motor skills of her feet (preferring to write and draw with her left foot), her body posture was adversely affected, and her spine was severely deformed. At the age of six María Constanza Contreras Suarez started attending elementary school, where she was encouraged to undertake activities of all kinds with her feet. When she was 13 she took part in a painting workshop at the children's rehabilitation institute in Valparaíso, where she came into contact with painting in oils and acrylics for the first time. She began teaching herself by experimenting with techniques, and painted everything from pictures in pastels to graffiti on the wall of her own room. For her wall painting she began experimenting with mouth painting, since until then she had only used her feet for painting. In 2011 she had the opportunity of painting the bodies of several schoolchildren who were being sent to a carnival by the Chilean education authority. Since then she has also been recognised as a body painting artist, and has already been invited a number of times to paint actors and other people. In 2015 María Constanza Contreras Suarez started working as a sociologist at a school.