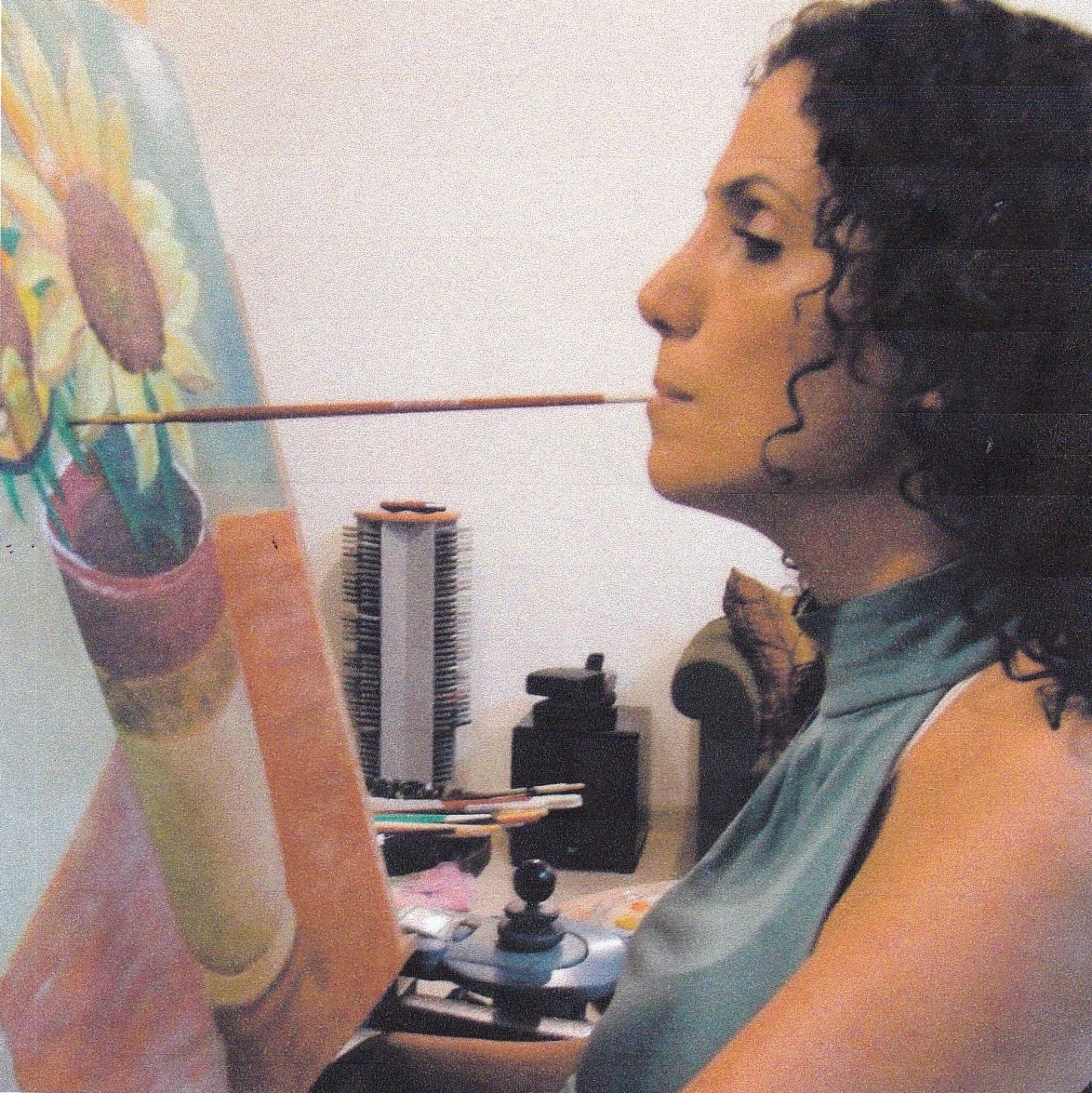 Shely Cohen was born on 21 November 1966 in Haifa. At the age of 18, a few months before the start of her military service, she was involved in a serious traffic accident on the way home from work. The driver lost control of the vehicle and his car overturned. Shely Cohen who was in the passenger seat suffered injuries to the cervical vertebrae C4 - C5 that left her upper and lower limbs permanently paralysed. After a very long rehabilitation process she completed her school education, enrolled in a programming course and completed a film studies programme at the Open University in Tel Aviv. She also studied realisation and management of events at the Levinsy-Seminar, learned Spanish and writing children's books. In the year 2007 she laid the foundations for mouth painting. She has come to like it very much and has been able to make significant progress in a short time.