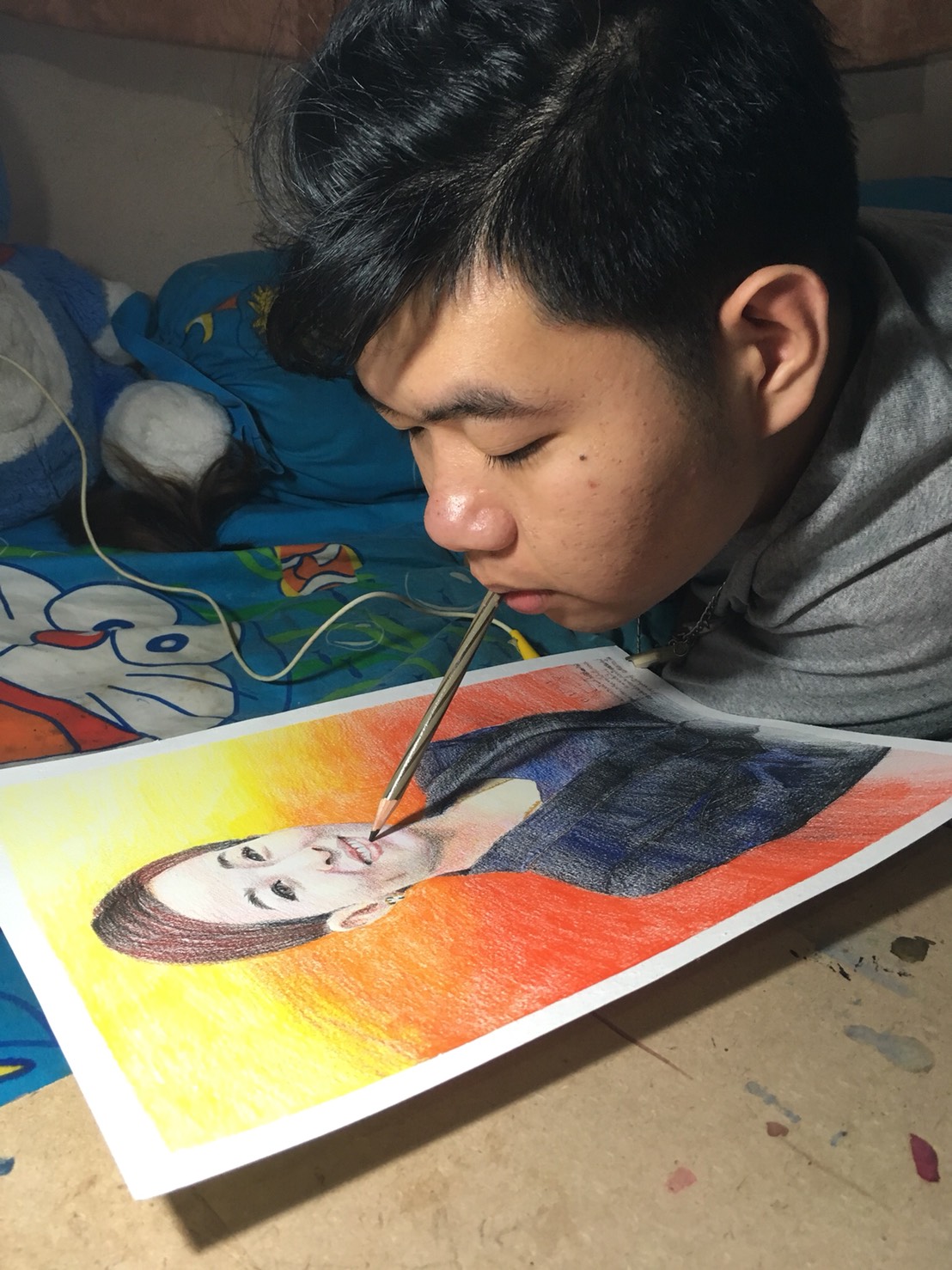 Mr Prommapat Chordsiradarnant came into the world on 27 June 1996 in Chiang Rai, Thailand with a congenital joint stiffness (arthrogryposis multiplex congenita). As a small child, he had multiple operations and was reliant on a wheelchair by the age of seven. As his father was a policeman and would often be transferred, the family had to move a lot, something which made life for Prommapat quite difficult. Already by the age of three, Prommapat felt the need to paint and, because he had no other way to do it, he tried to hold the brush in his mouth. And, thus, he learned to paint.

When he was nine, the family moved. There, he attended a school for disabled children in the north of Thailand. In the school, he had the opportunity to express himself through singing and art. He became a singer in the school band and won an art competition. After completing his bachelor degree, he began a master's course in Fine Art at the University of Chiangmai.