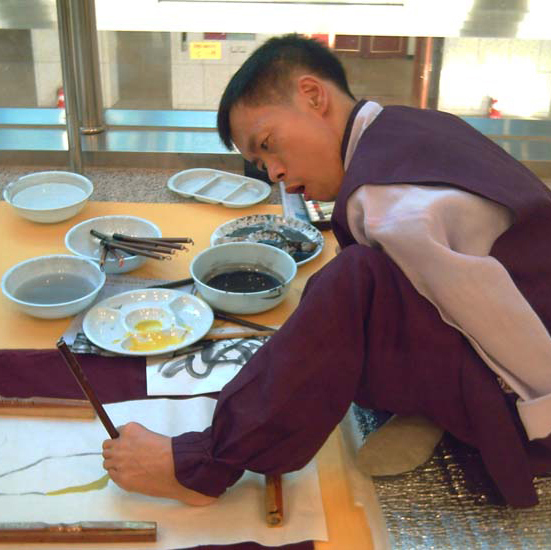 Kyu-In Choi was born in Kang won Province on 20 February 1968. He suffers from cerebral palsy and is unable to move his arms. His right foot is partially paralyzed. Kyu-In Choi began to use his left foot for various tasks at the age of 5, and he also started to paint and to draw. The talented artist paints landscapes, flowers and plants in the traditional Chinese style. He received private art tuition. The television, radio and press have reported on the foot painter. His hobbies are chess and literature, especially poetry.