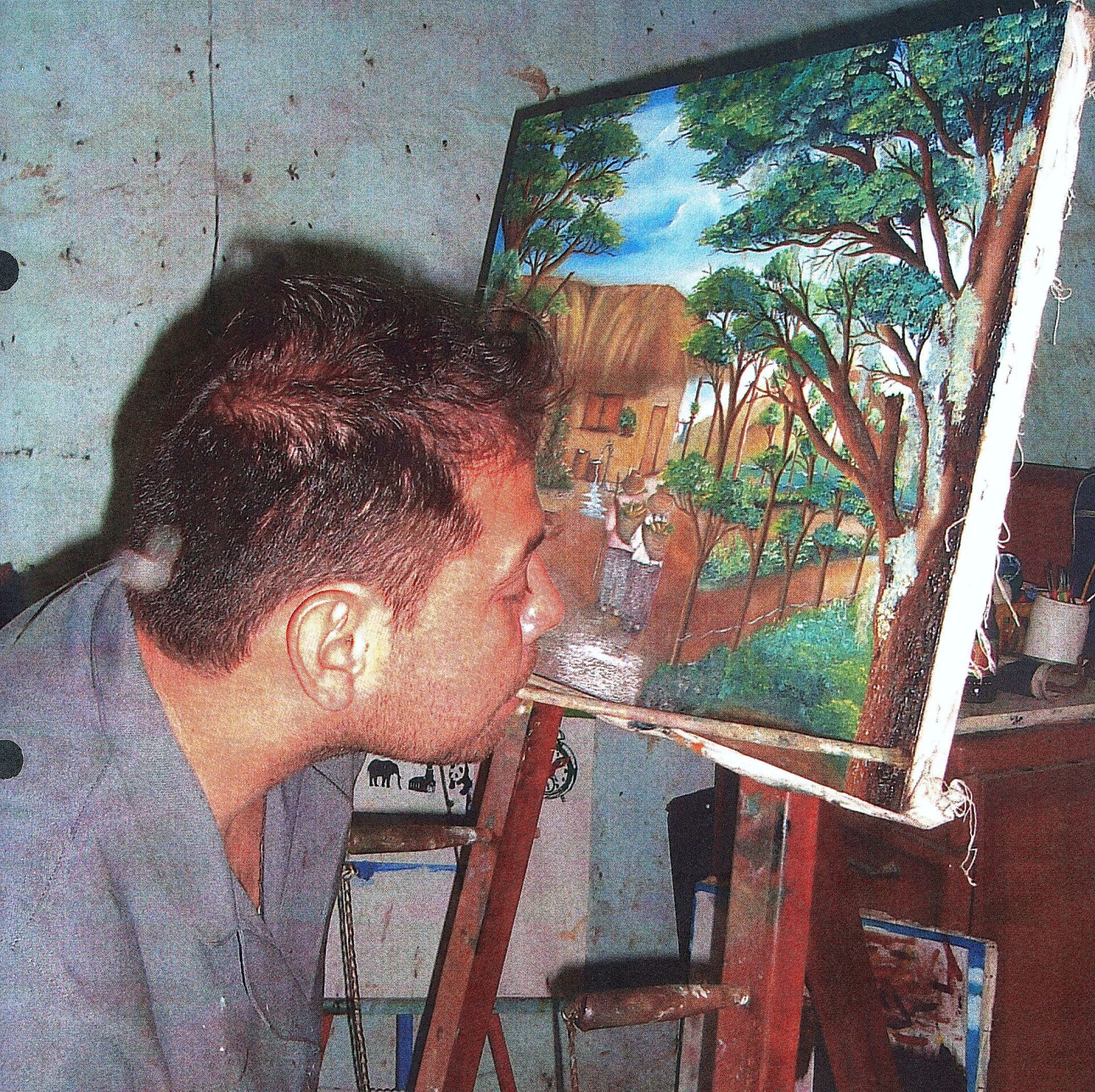 Jairo Fernando Chaves Bolaños was born on 10 August 1976 in Ancuya, in the north-west of Columbia in the Andes. He has spent most of his life in this community, where he completed his basic and secondary education. In September 2006 Jairo Fernando was injured at work and sustained electrical burns to his upper limbs. As a consequence of his injuries and associated complications his left and right lower arms had to be amputated. In 2007 he travelled to Bogotà, where he visited the mouth and foot painters' association. This visit changed his attitude to his invalidity and his life. When he returned to his village, with the support of his wife and daughter he started painting with the foot.

Thanks to painting, his life has been enriched with some "splashes of colour" and he is convinced that people should never let themselves be defeated by a situation.