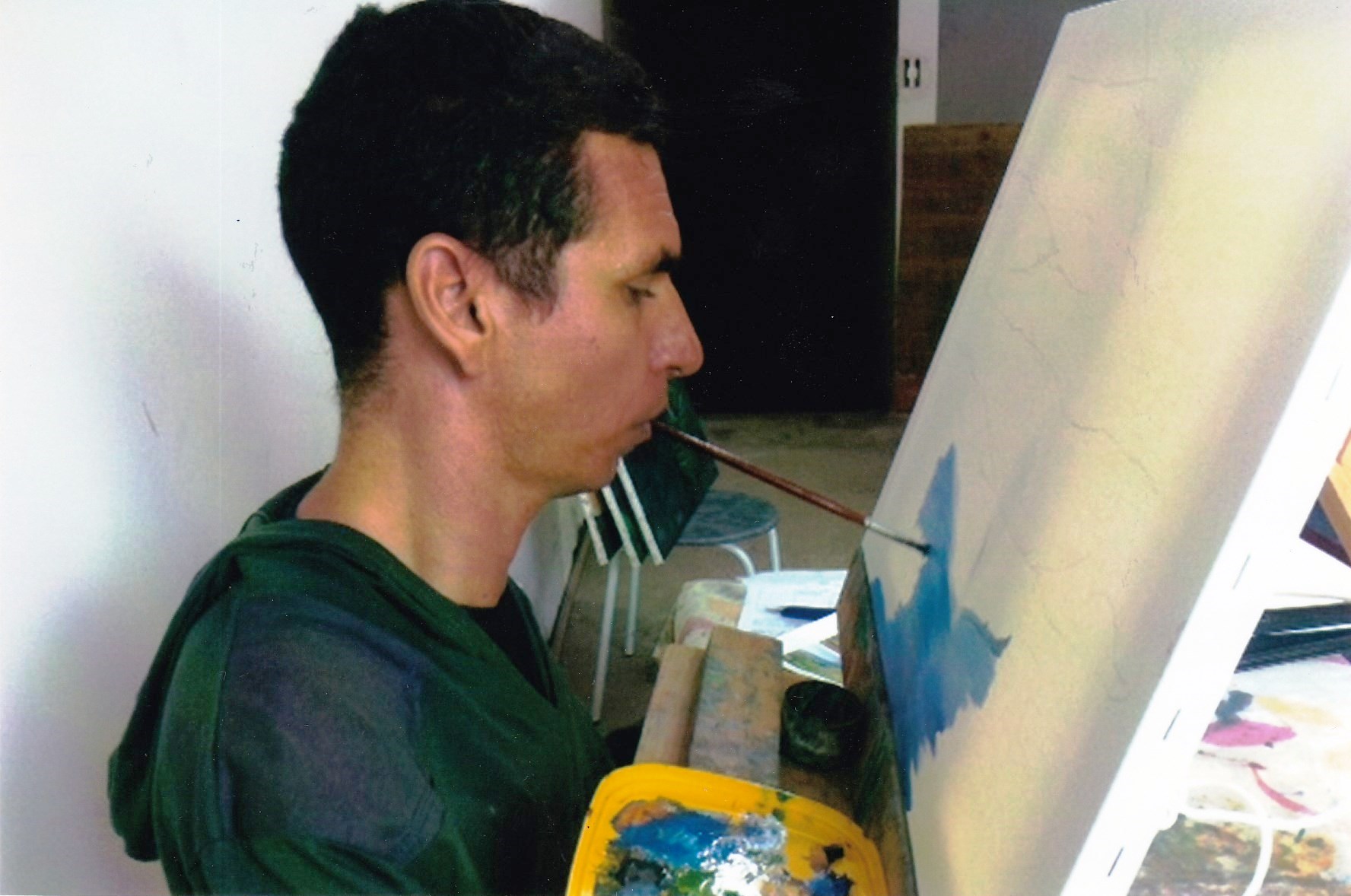 Leandro Camargo de Oliveiras was born on 25 May 1980 in Itapetininga, São Paulo. He lives with his parents.  On 6 February 2002 Leandro broke his neck in a motorbike accident, resulting in total damage to the C4 and C5 vertebrae. He has had the total support of his family from the beginning.

In the period immediately after his accident he had difficulties accepting the fact that he would have to spend the rest of his life in a wheelchair.

When he heard about the AACD (an association supporting youngsters with disabilities), he realised that he was not the only one with such a disability. He started to live again and left the AACD after 3 months.

The artist started painting as a result of the persistent encouragement of a friend of his sister. She gave him some books and cassettes with paintings collections.

In 2013, Leandro took part in a TV programme in which he met the painting teacher Rico Ribeiro. Having seen the huge effort Leandro was making, the teacher decided to give him a free internet course.

The artist became aware of our Association through social media channels. Last year he decided to turn his dreams to reality and to devote all his energies to painting with the mouth.