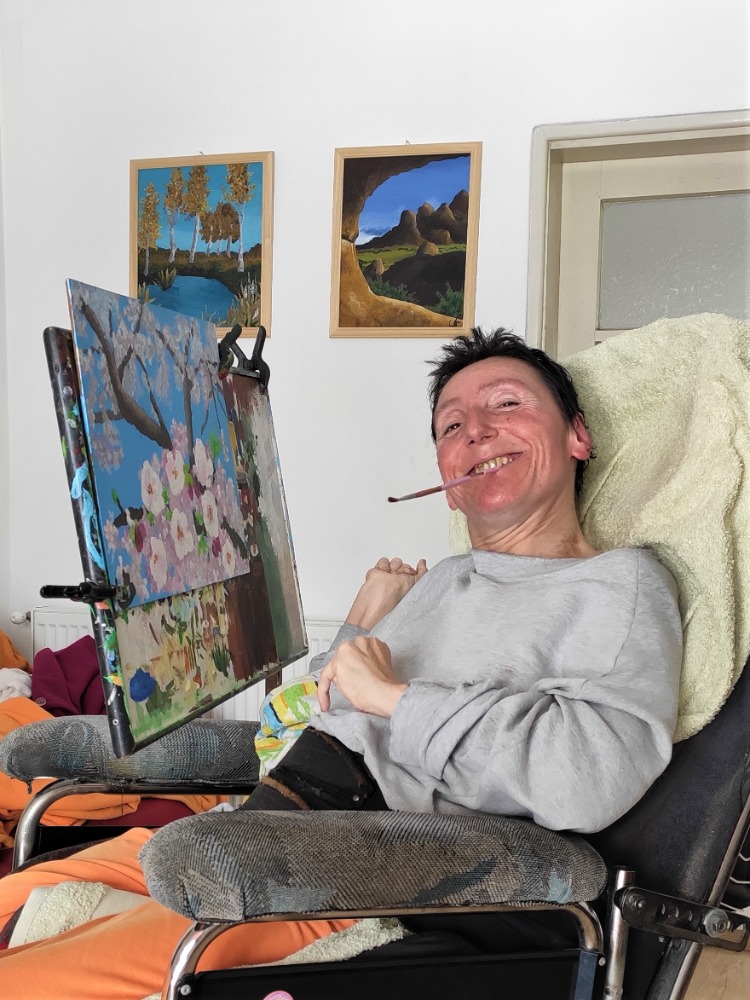 Lenka Bromková was born on 23 April 1978 in Vlasim. Since her birth she has suffered from cerebral palsy, which, among other things, makes her unable to use her limbs. The artist grew up mainly in institutions, where she also received her school education. In 1995 one of her teachers suggested that Lenka try painting with her mouth. She found that she liked it very much and from then on developed her skills. Autodidact.