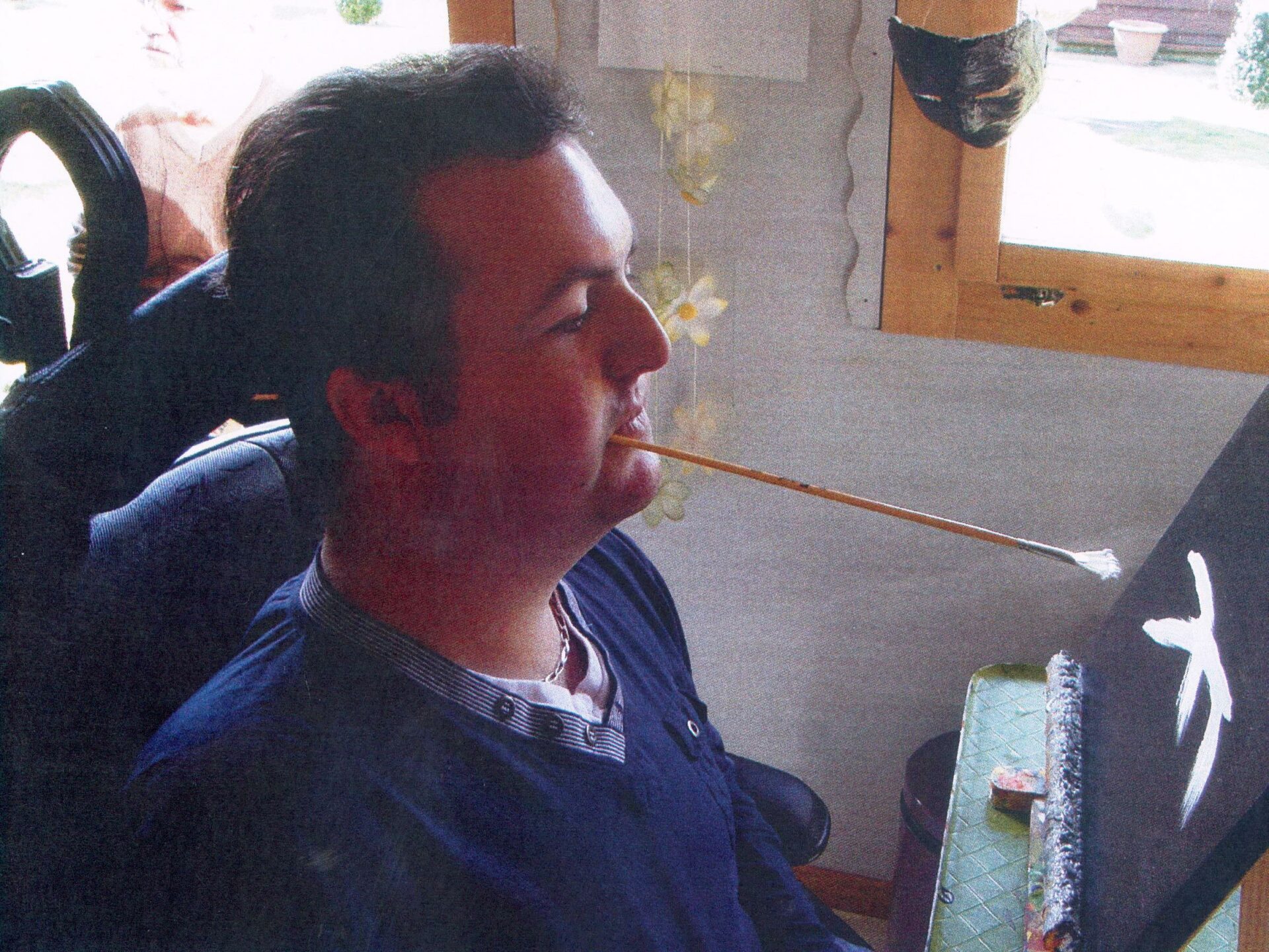 Nicolas Boussin was born on 22 November 1985 in Lorient, Brittany. He has suffered from Duchenne muscular dystrophy since birth. He grew up in a medical centre where, as well as attending school and receiving care, he also had the chance to develop handicraft skills. In 2007 Nicolas Boussin created his first work, an intuitive image comprising several dabs of paint. Such is his love of painting that he has spent over five years improving his mouth-painting skills, which he taught himself. He regularly works in his hut cum atelier, where he paints using canvasses prepared with the help of carers. Nicolas Boussin enjoys creating abstract paintings using oil and acrylic paints.