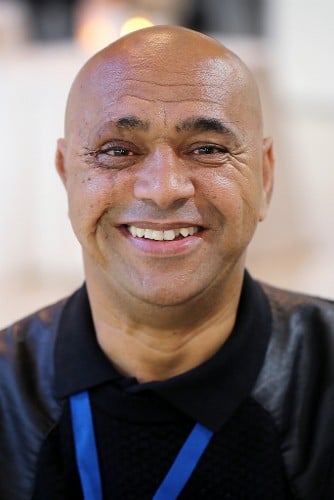 Patrick John Botto was born in the mid-sized town of Grabouw on 18 September 1970. He successfully completed his secondary school education in 1988. Later, he joined the South African police force in January 1991 and became an expert in taking fingerprints.

On 12 November 1993, as a passenger in a car, he was involved in an accident. Patrick broke his C4/C5 vertebra, which resulted in a complete spinal cord injury: tetraplegia. In 1998 he began painting with his mouth. For the first five years he attended art classes and took formal painting lessons, all of which enabled him to make swift progress. The VDMFK has supported him as a Student Member ever since 2000. Patrick has perfected his mouth painting skills through sheer hard work. As a result, the VDMFK adopted him as an Associate Member in 2015.

Although Patrick started out by painting in acrylic, he mainly paints in oils today. His favourite subjects are the animals, flowers and landscapes of his country. In addition, he has presented his works to the public at many exhibitions.