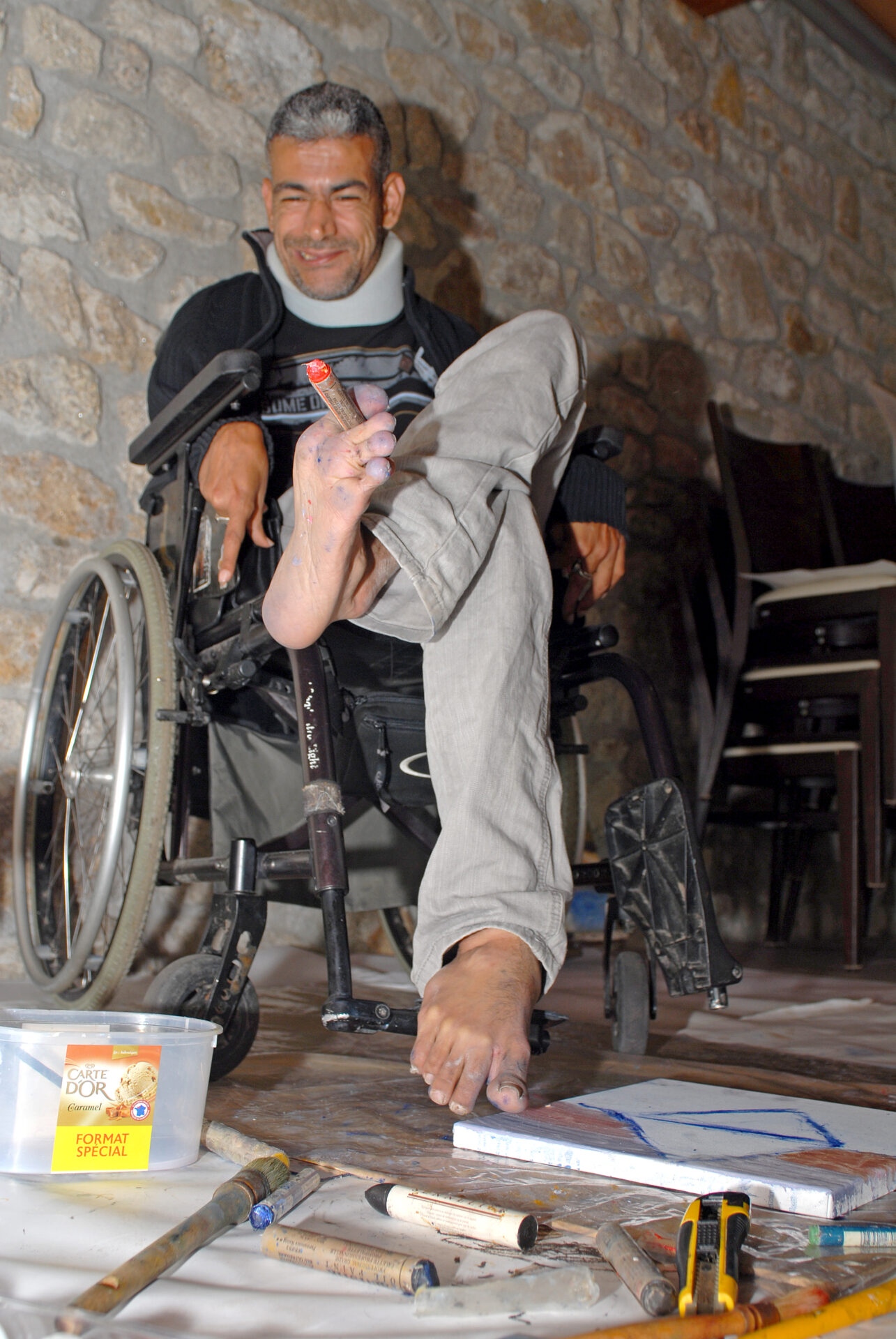 Messaoud Belabbas was born in Oran, Algeria, on 20 July 1968. At the age of eight months he fell ill with meningitis. The illness resulted in brain damage with paralysis of his upper limbs and motor disturbances. When he was eight and a half years old he moved to France to be able to live with his family. Already as a very small child he used to perform everyday tasks with his left foot. In 1990 he began to seriously devote himself to painting. He developed a great passion for art and made a name for himself with numerous personal and group exhibitions in France, especially in and around Lyon. In 1996 one of his paintings was awarded the first prize at an art exhibition.