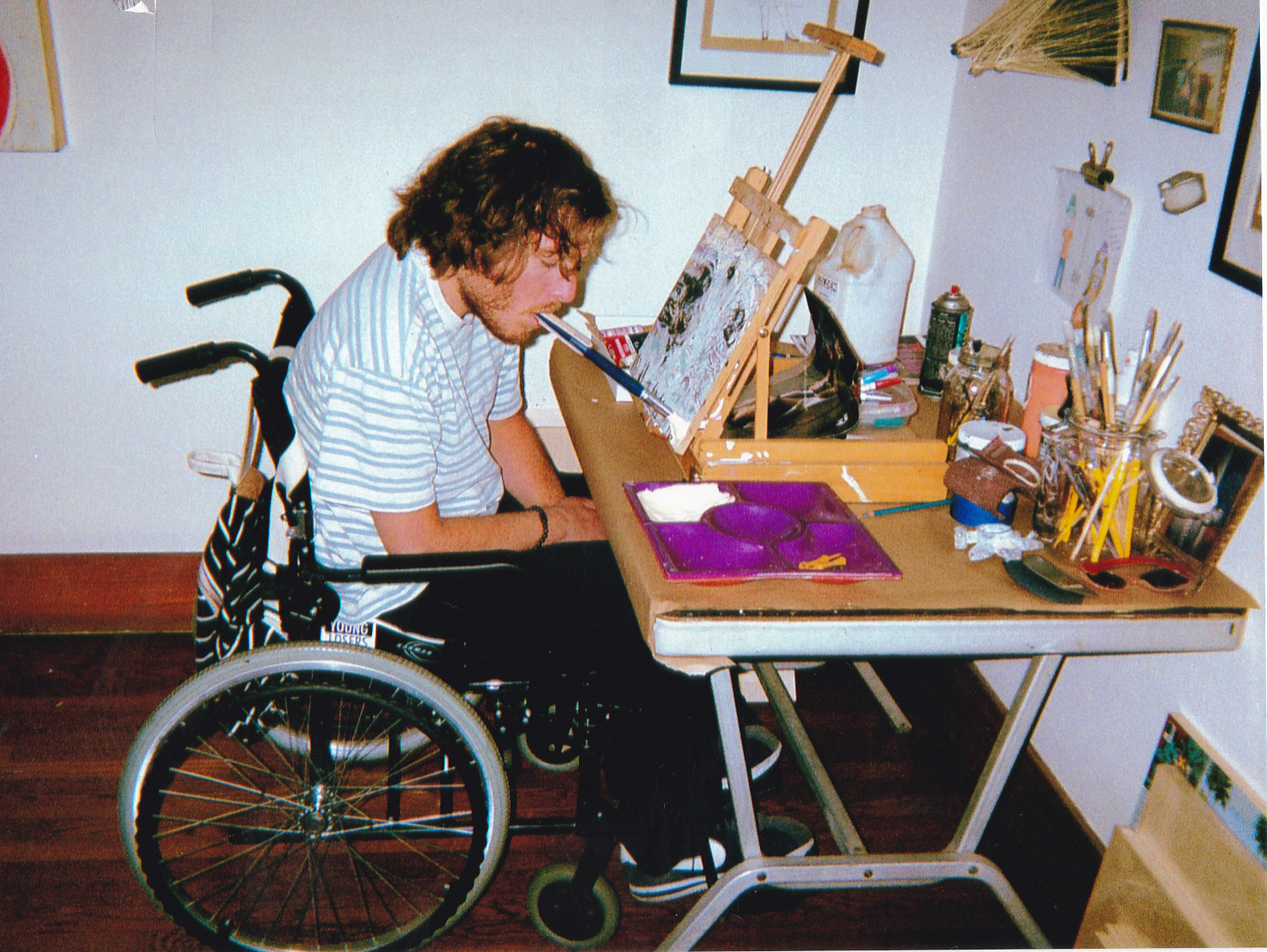 William V. Barton was born in San Diego on 7 June 1992. He attended high school and part of college. As a result of the serious injuries he sustained after a shootout in October 2012, William has lost the functionality of both his hands and arms, and of his left leg. During the incident he suffered a traumatic brain injury and injuries to his brachial plexus as well as a hemiplegia. In 2013, William began to teach himself to paint with his mouth. Later, he attended an art academy to extend his artistic talent. William mixes different media and paints in an abstract expressionist style. In his art works he employs thematic progressions by means of repetitive lines, meaningful words, abstract interpretations and expanding representations. His enormous hunger for creativity is partly due to the fact that both his parents are professional artists and that he himself was also an artist before the shooting. William uses the shooting incident as a catalyst and art as a recreation therapy.