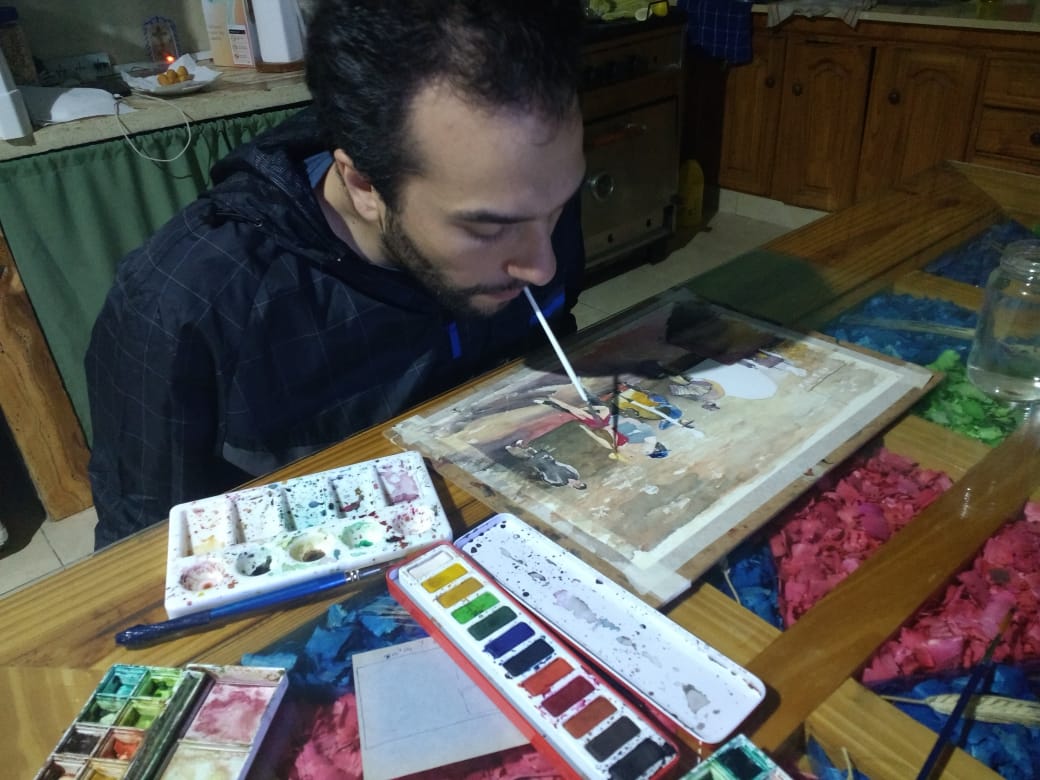 Cesar Andres BARCIA was born on 9 September 1986 in Santa Fe in Argentina. On 7 September 2002 he had a bicycle accident where he suffered an injury to the spinal cord at the level of the cervical vertebra C5. He attended primary and secondary school. He always liked painting and was fascinated by it. He did not think that he could paint until he met a member of VDMFK who told him about his work and showed him how mouth painting is done. He was very enthusiastic about painting and took great pleasure in it. In the year 2010 he became a scholarship holder of the VDMFK.