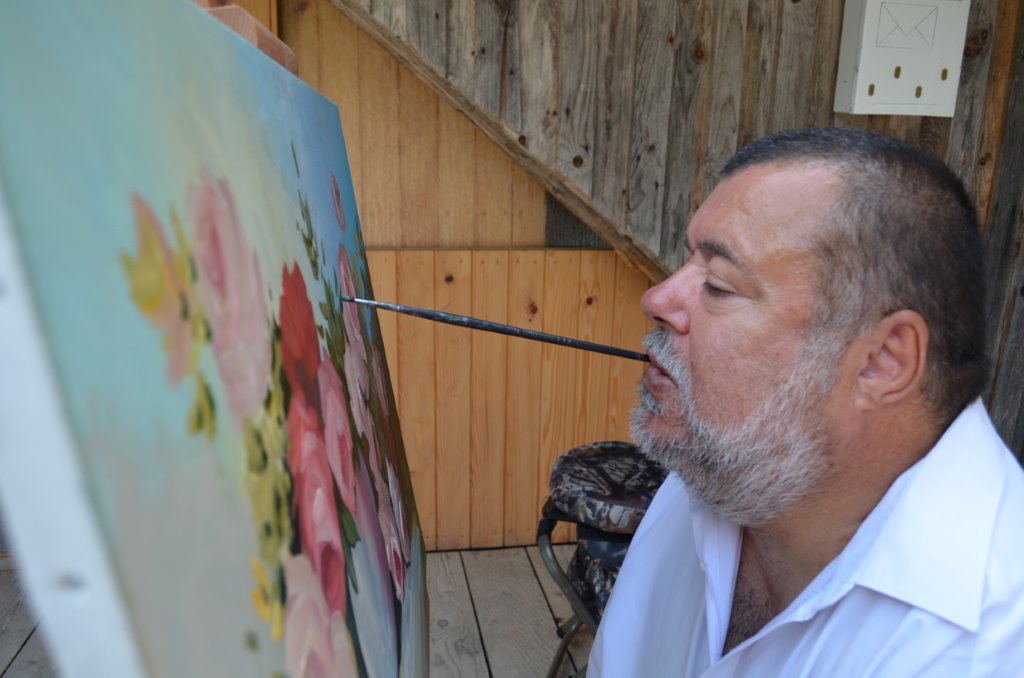 Mario Barbujani was born on 22 May 1956 in Adria in the Province of Rovigo with a severe deformity of his upper and lower extremities. This deformity prevents him from using his arms. His dedication to painting began in childhood. He taught himself how to paint. He began to gain experience as he visited local artists and participated in collective exhibitions with them. Over the years, his skill grew, helped along by the solo exhibitions which always took place in his home country and the surrounding areas. During his long artistic journey, he has been able to take part in practically hundreds of solo exhibitions and in many collective exhibitions and competitions. This was above all due to the help of the VDMFK, whom he thanks for everything, both as a painter and as a person, and for whom he has always felt a great fondness and appreciation. In his painting, he primarily uses his favourite colours and loves contrast, but he always likes it to be patinated and melancholy, just like his figures. He does not paint anything that does not bring him joy and contentment. At the moment, he lives and works in the same house as his parents, surrounded by the love of his darling wife and the inhabitants of this place. He is also surrounded by the affection of his three children, especially the youngest who is only two and a half years old.