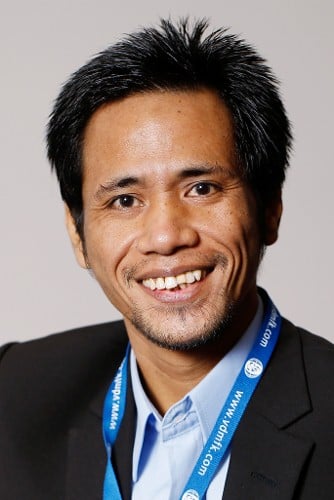 Muhammad Asroel was born in Jember, Ostjava on 7 June 1979 with only one normal limb (his right foot). In addition, he has no left arm and his right arm is a mere stump. As early as in his childhood, today's artist began painting using his right foot and doing everyday tasks. He has been supported as a scholarship holder by the Association between 2008 and 2011. Since 2011, he has been an Associate Member of AMFPA.

After Muhammed Asroel graduated from school in 1998, he decided to move to Yogyakarta, in order to earn a living there by painting portraits and Islamic calligraphies. In addition, his favourite themes include flowers. Muhammad Asroel prefers oil painting. In the meantime, the foot painter has had several noteworthy exhibitions