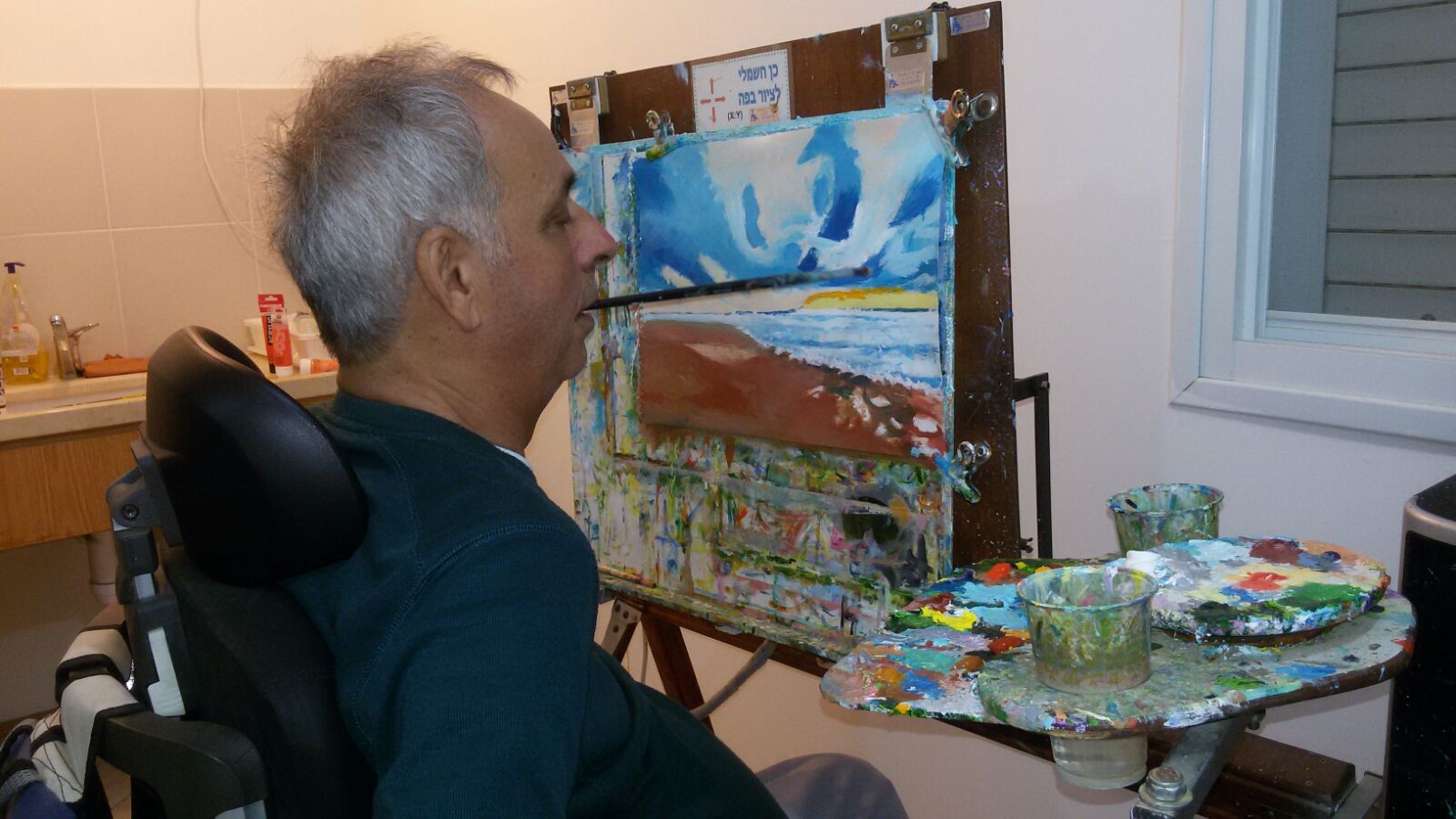 Elie Argi was born on 23/01/1948. In 1970, while jumping on a trampoline, he injured his cervical vertebrae, leaving him paralyzed of all four limbs since then. Six years after his accident, he began to paint with his mouth. Two years he was self-taught and copied themes from books of painting. In 1978, his art-works were seen by the painter Gitit Hertel, who then taught him for another year. Afterwards he attended an art school for one year where he was taught by Rafi Lavi, but which was then unfortunately closed. Mr. Lavi gave him then lessons for another year at home. In 1983, he moved with his wife to the countryside and devoted himself to painting again. He graduated from the art school with honors and received as a result a special scholarship. His studies included the process of drawing a simple line up to an academic anatomical sketching. He paints with acrylics on canvas, works with oil paints, paints also many watercolours and free prints with pencil or nail as well as lithographs. His style is sometimes surreal, sometimes realistic. He participated in several group as well as individual exhibitions and teaches children and adults in painting.