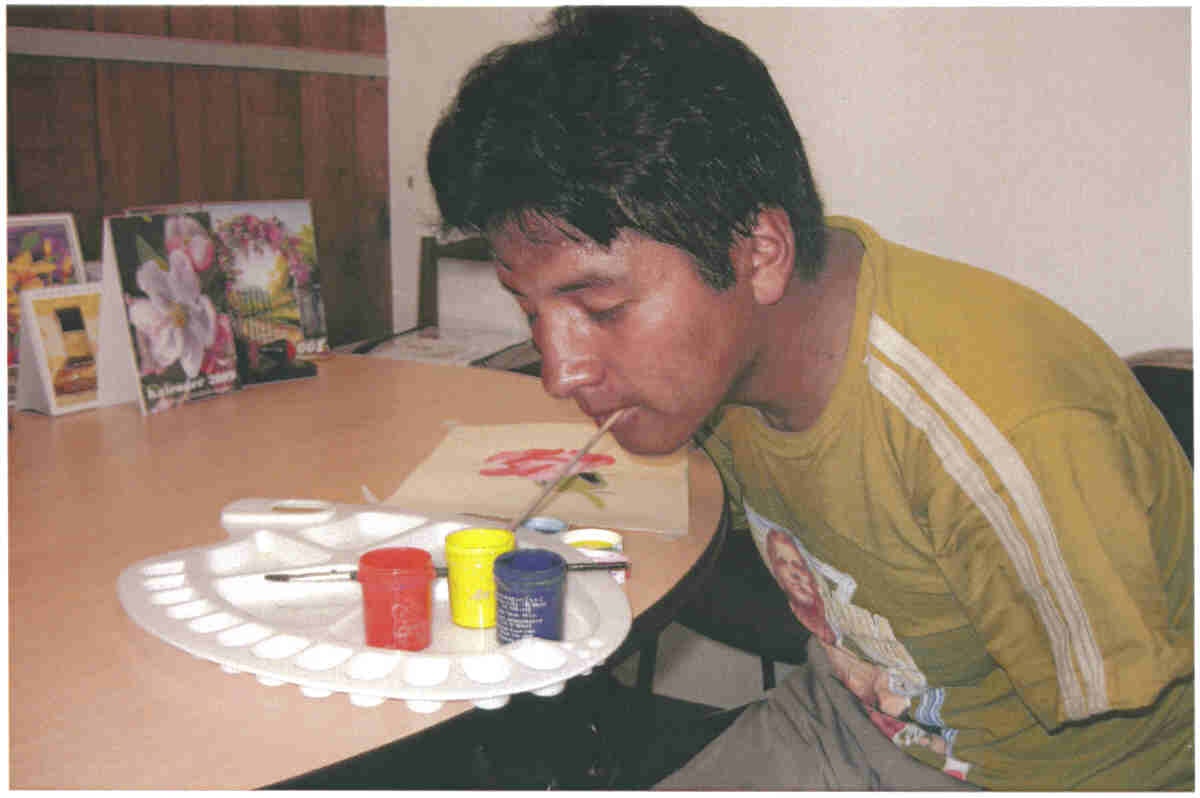 Lazaro Nestor APAZA COLQUE was born on 17 December 1981 in Puno, Peru. At present he lives wit his family in his native town. Puno is a town in the Andes, 4000 m above sea level, and not far from Lake Titicaca. Lazaro is the oldest of six brothers, he is married and has a one-year old son. He is an electro-technician by profession. A year ago he had a terrible accident at work in which he lost both his arms. Due to the accident he became very dejected and believed that his disability would make him a useless person for the rest of his life. He came in contact with VDMFK and learned about all the possibilities and support that he would receive if he became a student member. This was such a motivation for him that he learned to paint and made great progress from that time on. He also had an art teacher who gave him lessons. This helped him to improve to such an extent that he was able to stage a solo exhibition with his paintings at the town hall of Puno. His main objective is to become a painting artist. Painting has given his life new meaning.