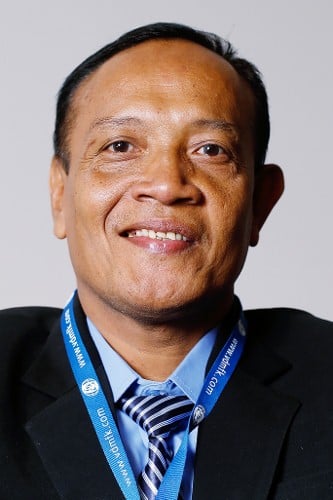 Yusuf Agus was born in Madiun (Indonesia) on 20 May 1966. He attended primary and secondary school before studying accountancy. Yusuf has no arms and his right leg is severely malformed. From his earliest childhood he has been able to carry out virtually any activity with his left foot, including drawing and painting. The VDMFK has supported him with a scholarship since 1989. In 2013 he became an Associate Member of the Association.

Yusuf Agus mainly paints in oils. His preferred motifs are flowers, still life subjects and religious buildings. His foot-painted pictures display great artistic talent and have repeatedly attracted a high degree of public attention. In this regard he has participated in numerous successful exhibitions in Indonesia which have received significant media coverage.