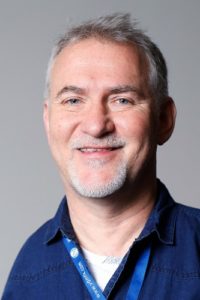 In 1972 Krzysztof Kosowski suffered severe burns in an electrical accident. As a consequence both his arms had to be amputated. From 1978 on he attended secondary school in Wroclaw. Subsequently he studied history of art at the university in Wroclaw for two years. Shortly after his accident he started to paint a little with his mouth. From 1985 on he became more interested in mouth and foot painting. He learned to do both as an autodidact. In 1988 he became a Student Member of the Association, in 2010 he was made an Associate Member of VDMFK. Since 2015 he has been a Full Member of the VDMFK. In addition to painting Krzysztof Kosowski has various hobbies. They include music, Middle Eastern studies and an interest in world religions.

Krzysztof Kosowski predominantly paints in oil, mixed media, watercolour and Indian ink. Phantastic motifs and themes from fairy tales are the favourite topics of his paintings. During his artistic career he has had the opportunity to present his artwork at solo and group exhibitions in Poland on various occasions. 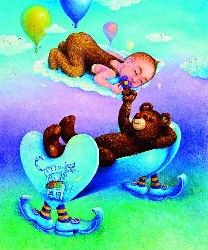