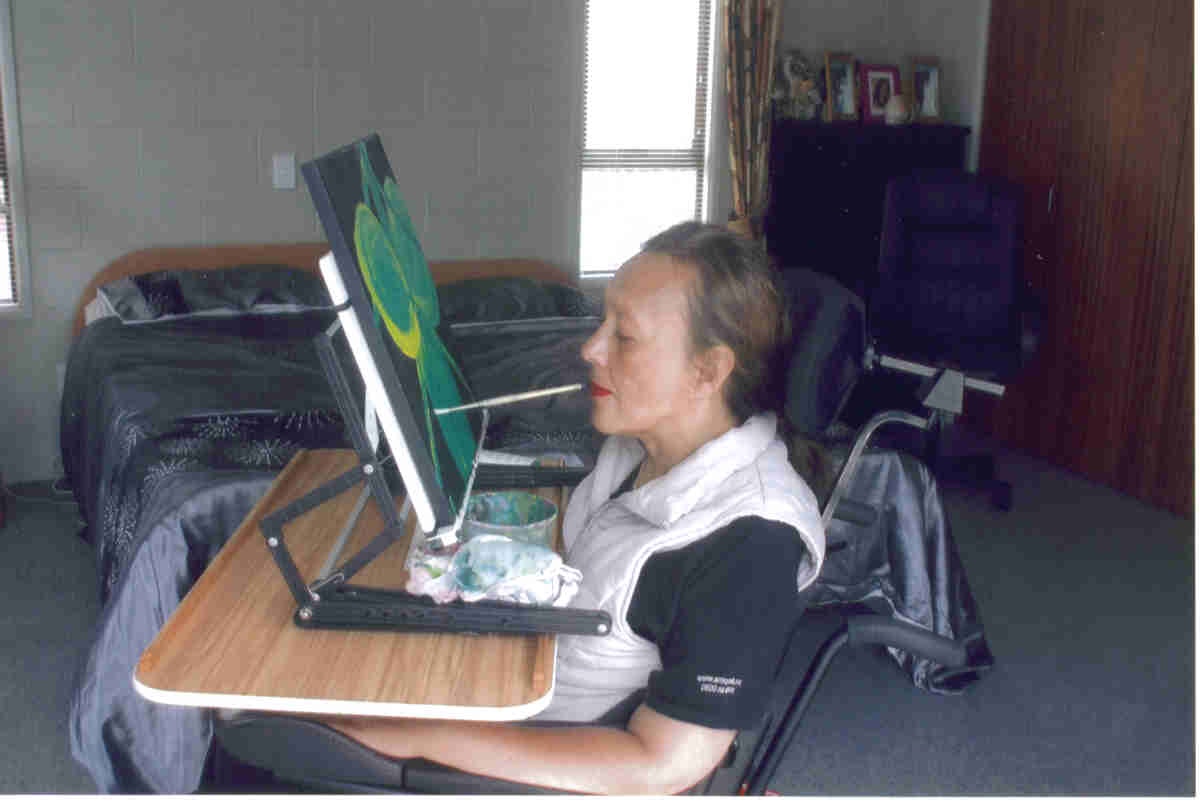 Laurette YEATMAN was born on 10 December 1956 in Auckland. She has been happily married for 17 years and has a 18-year old daughter. She used to be a professional dancer and spent ten years abroad, most of them in Japan. A short time later she became a head chef. In 2006 she was involved in a grave traffic accident. There were four people in the car, she was sitting behind the driver and the force of the impact hit her on the right side. She became ASIA C4-tetraplegic and has no mobility from her chest and arms down. Among her hobbies and interests are music (pop-operas, all types of dancing, some forms of sport, and art). After she had seen an art class during her rehabilitation at the hospital she fell in love with the idea of painting with the mouth herself. She has been painting since that time and enjoys it very much.