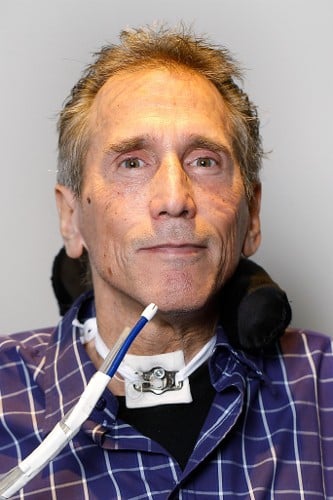 At the age of 19, Cody Tresierra was involved in a motor vehicle accident which he survived, however with major injuries, and which left him a paraplegic. During his hospital stay he had already made his first attempt at painting which was part of his rehabilitation.

It was there that he realized that painting was not only a form of therapy but something that gave him a sense of personal accomplishment. Therefore, he continued to devote himself to painting with his mouth and to art in general, which, in addition to music, films and sports, are his hobbies.

In 1986 Cody Tresierra received a scholarship from the association. Ten years later he received associate membership status. In the year 2000 he became a full member of the VDMFK. Today he displays his works at numerous exhibitions mainly in his home province of British Columbia. He has also shown his paintings at several exhibitions sponsored by the association.